Probably many of you have heard that the water in Armenia is considered one of the most delicious and purest in the world. Indeed, the water here is supplied from the pure natural sources and it can be drunk straight from the tap without boiling, without fear for the health. Armenians have a special attitude to water: they honor this gift of nature, compose stories and legends about it. In this article we have tried to collect the most interesting facts about the Armenian water, well-known legends, as well as a lot of useful information for tourists: 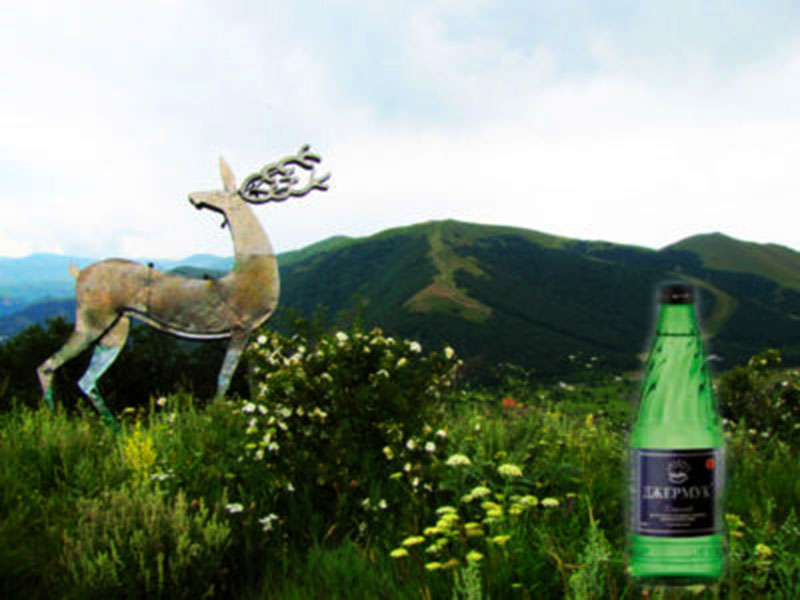 There are many interesting stories and legends associated with the Armenian sources, rivers, and lakes. Here are some of them:

The legend of Jermuk. A long time ago in the forests of Jermuk, people hunted on wild animals. One skilled hunter wounded а deer by an accurate shot. The wounded deer started running away, and the hunter noticing that rushed after him. Exhausted deer reached the waters of Jermuk and jumped into the water. And then was a miracle – he popped out perfectly healthy and sped away into the forest.

The legend of Lake Sevan. In the Republic of Armenia, the largest lake is Lake Sevan. But not many people know that before this place was covered by forested hills among which flowed a small source. The locals opened it, poured water and then closed. But one day, a country girl forgets to close it – begins to flow and forms a lake. It is said that the girl was cursed and turned into a stone, which was called the “harsnakar” (in translation from Armenian “a bride’s stone”).

The legend of Shakaradzhur source (located in Goris). Once there was a girl named Shushan, and there was no one like her on earth. When she laughed lilies bloomed in the mountains (lily in Armenian is “Shushan”), and when she cried – a source was born of her tears. It is said that the formed source because of its sweet taste was called Shakaradzhur (in translation from Armenian – “sweet water”).

The legend of Katnahbyur source (located on the road Echmiadzin -Oshakan). To bury great Mesrop Mashtots (the creator of the Armenian alphabet), his body was carried to his homeland – the village of Oshakan. On the way, people felt thirsty and sat down on the ground. Miraculously, the stone located beside them cracked and water flowed out of the crack. The water had milky flavor, and so the source was named Katnahbyur (translated as “milk source”). 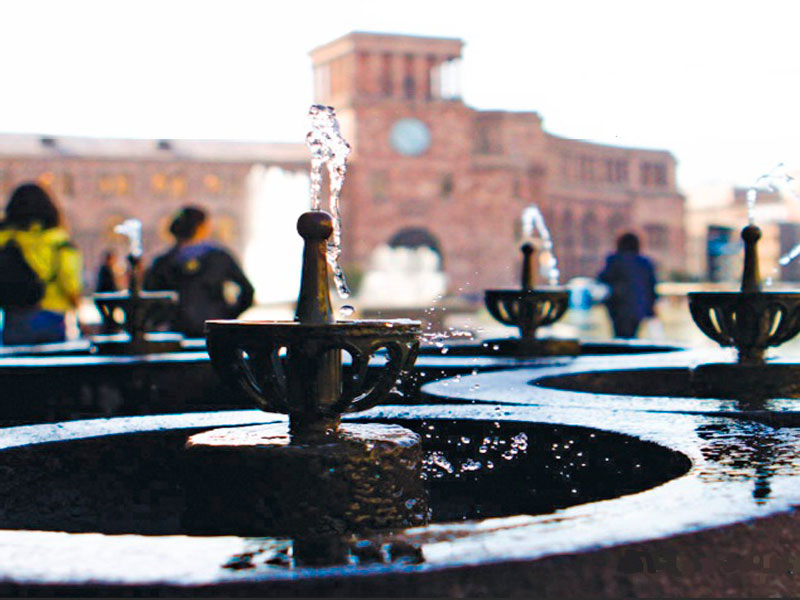 In 1968, in honor of the 2750th anniversary of Yerevan the city was presented with a set of 2750 small fountains in – one for each year. The anniversary has long passed, but the fountains remain and provide all passers-by with clean, cold drinking water. These unique fountains are called “pulpulak”, their water is absolutely clean and safe, so walking around the city you won’t have to spend money for the purchase of water.

Jermuk. Since ancient times, Jermuk is famous for its mineral water, which serves as a means of treatment for many diseases. High-temperature water in the town contains a large amount of trace elements (chlorine, sodium, potassium, calcium, iron, fluorine, bromine, magnesium, etc.). It is used to treat a variety of diseases: diseases of the digestive system, nervous system, metabolic disorders and many others.

Dilijan. The mineral source in the town of Dilijan was opened in 1947. Weak mineralization, natural balanced composition and a pleasant mild flavor make it suitable for drinking. It is used as a preventive measure, as well as for the treatment of various diseases (especially for diseases of the digestive system).

Bjni. The source Bjni was discovered in 1968 in the middle of the river Hrazdan. Bjni mineral water is healing as well. In its composition, it is close to a well-known mineral water of Borjomi. After studies, it was proved that the water has therapeutic properties especially for liver diseases.