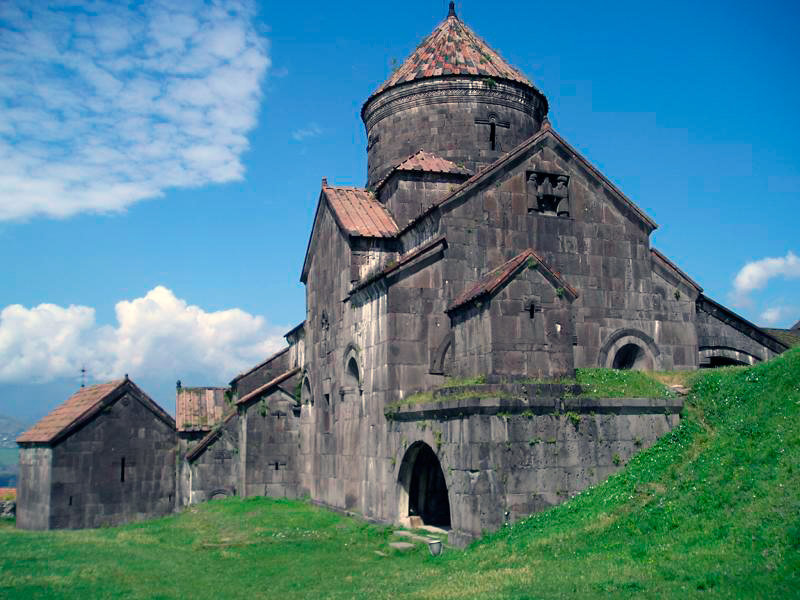 In the North of Armenia (Lori region, Alaverdi town), there is one of the most famous monastery complexes called Haghpat. Haghpat Monastery was included in the list of monuments of the World Heritage of UNESCO in 1996.

The settlement and later village of Haghpat existed before our era. The monastery itself was built in the 10th century. The first building of the complex was the Surb Nshan temple. After the territory became part of the Georgian kingdom, the monastery complex was actively developed. 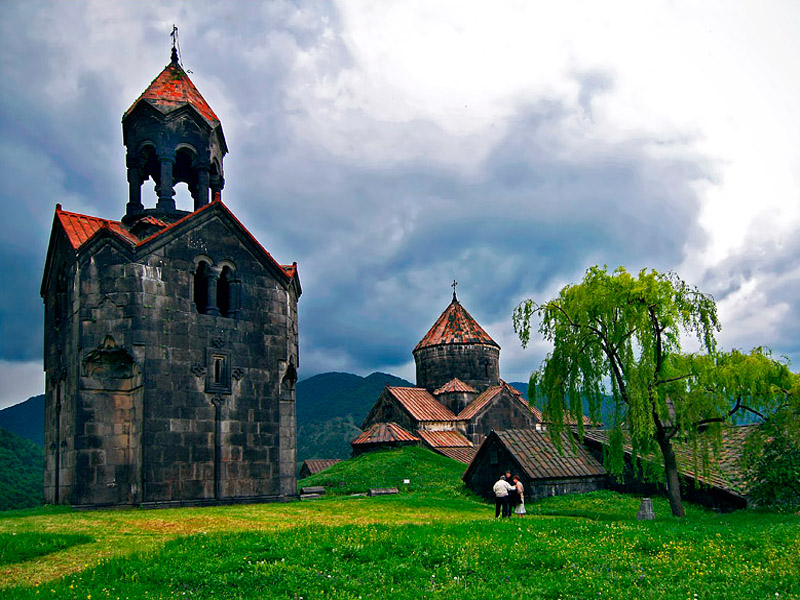 At one time, a school and a printing house operated in the monastery complex of Haghpat. Oratory, philosophy, music and other subjects were taught in the school. Haghpat was considered the religious center of Northern Armenia, eclipsing the second largest complex of the region, Sanahin.

The monastic complex is quite complex: it is very easy to get lost in the passageways of buildings. Climbing the main staircase, you will see the small church of St. Grigor from the basilica, the main church of Surb Nshan and gavit are located behind this small church. To the left of the gavit is the church of St. Astvatsatsin. There is a unique building located behind St. Astvatsatsin. It looks like a barn, actually , t is “the gavit of Amazasp”, which is considered to be the largest porch in Armenia (330 sq m). A temple is attached to the gavit, there is a memorial plaque on the wall of gavit in honor of the poet Sayat-Nova’s stay in the monastery of Haghpat where he continued to create. According to the locals, he lived in a monastery until his death.

There is also a bell tower on a hill, a refectory, a library and farm buildings in the monastery complex.

Haghpat monastery is situated 188 km far away from the capital city of Yerevan. You can reach the monastery by a bus, a car, a taxi or as a part of a group trip. You can take a bus from Kilikia bus station with the following direction of Alaverdi, which costs about 1500 AMD ($3). From Alaverdi you can walk up to the monastery located high up in the mountains, however, take into account that the way is very steep. It is much better to take a minibus from  Alaverdi station or to take a taxi. If you travel to Haghpat from Yerevan by taxi, it will take 3 hours and 25 minutes with the cost of 17200-25300 AMD ($38-$55).