Armenia has long been famous for its musical culture and rich heritage. The Armenian people introduced the world with the charming sounds of Duduk, the proud rhythmic drum and the enchanting melody of the flute. The Armenian people have cultivated world-famous singers and composers such as Komitas, Arno Babajanyan, Aram Khachaturian, Charles Aznavour, Cher and many others. In this country, music is appreciated in all its manifestations. Today we will introduce you to the history and traditions of the Armenian jazz, and of course, we’ll tell you about the most famous clubs where you can enjoy the music of the best jazzmen of Armenia.

Jazz in Armenia: The History of Armenian Jazz Jazz has fascinated people since its inception and has become so revered that it quickly moved beyond the borders of the United States and gathered a large audience all over the world, including in Soviet Armenia. In the 1930s, several so-called jazz ensembles appeared in Armenia, the largest of which was an orchestra led by trumpeter Tsolak Vardazaryan, who often performed with concerts in the newly opened Moscow cinema. However, officially the first jazz band in Armenia is considered to be the State Jazz Orchestra, founded by composer and cellist Artemy Ayvazyan in 1938. 18 years later, in 1956, the Armenian Jazz Orchestra was led by Konstantin Orbelian. Konstantin Orbelian made a great contribution to the development of jazz in Armenia. He introduced a completely new language of music – the language of jazz. His orchestra could play national Armenian music, but already in a jazz interpretation.

Starting from the 1960s new ensembles which performed even English-language songs began to form in Soviet Armenia. However, the heyday of jazz in Armenia fell on one of the most difficult periods of life of the country – in 1988-90-ies, after the earthquake and the collapse of the USSR. It was during these difficult years that Armen Tutunjyan, known in jazz circles as Chico, gathered the cult band “Chico & Friends”, which for many youngsters became a ray of light in the “dark” Yerevan. On April 30, 2018 a concert dedicated to the 80th anniversary of Armenian Jazz was held in honor of the International Jazz Day in Yerevan, during which both foreign stars and pioneers of Armenian jazz performed.

In Armenia, jazz is not just loved; the whole city is literally living in the rhythm of the jazz: unhurriedly, without fuss and excess rush, enjoying every moment. In the capital there are many clubs where you can spend an unforgettable evening, enjoying the rhythms of the jazz. 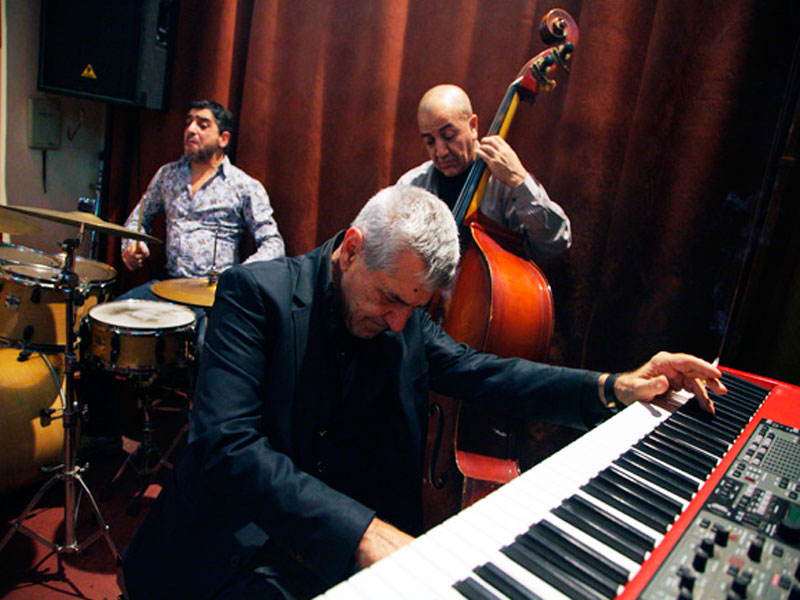 This is one of the most offbeat and atmospheric clubs in Yerevan, founded by the famous jazzman and pianist Levon Malkhasyan, known as Malkhas. Every evening in the club high-quality jazz music is performed by the unsurpassed manner of Malkhas and his fellow musicians.

Ulikhanyan Club is a favorite place for avid jazz and blues lovers. Every day local bands and performers, as well as foreign celebrities perform at the club. Many jazz & blues singers at the end of the evening like to climb on the stage and arrange jam sessions. 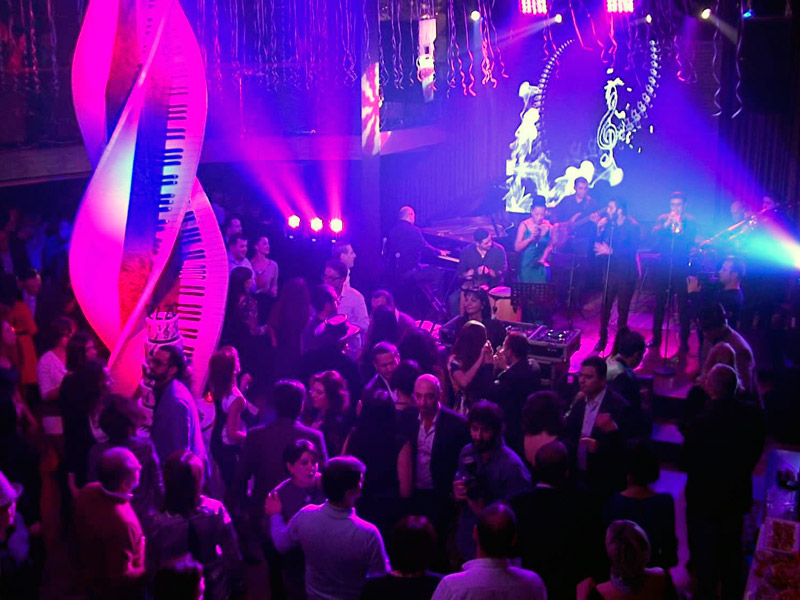 The MEZZO club has long become a classy establishment with its own special aura. This upscale club opens its doors to lovers of live music in various genres: jazz, rock, blues, and classic. The club is played by both Armenian stars and foreign performers!

This is definitely one of the most glamorous, but not devoid of taste club of the city! Here you can not only enjoy high-quality live music but also taste delicious dishes of Armenian and European cuisine, smoke hookah and drink original cocktails. The repertoire of the club is always different: here you can plunge yourself in the world of jazz with Armenian and oriental motives; sink into blues or spend an evening in a relaxed atmosphere.

1 Comments
Елена Светличная
Спасибо! Часто заглядываю на ваш сайт. Как с компьютера, так и с мобильного.. Информация всегда по делу и правдива!!!
Feel free to send us your questions, remarks or ideas on this tour. Our tour agents will help you design the right itinerary for you. By sending us a request you will start the first phase of creating your wonderful experience with Arara!
Thank you for sending your booking request, we have successfully received it.
Our travel agents will get back to you the soonest the possible. If you don’t receive an email from us within 24 hours please check your Spam Box.
Thank you! You have succeeded your payment. Our tour coordinator will contact you the nearest working
Ask