Tsaghkadzor is a popular tourist town in the Republic of Armenia, that is located not far from the capital (50 km north-east from Yerevan). The town is famous for both summer and winter tourism and attracts tourists from all over the world as well as the local population. The nature in Tsaghkadzor is bright and beautiful: the gentle wooded hills and mountains, the river that crosses the town from east to west, mild and healthful climate. A large number of cottages and hotels, which provide clients with good service and high quality, have been recently built in the town. 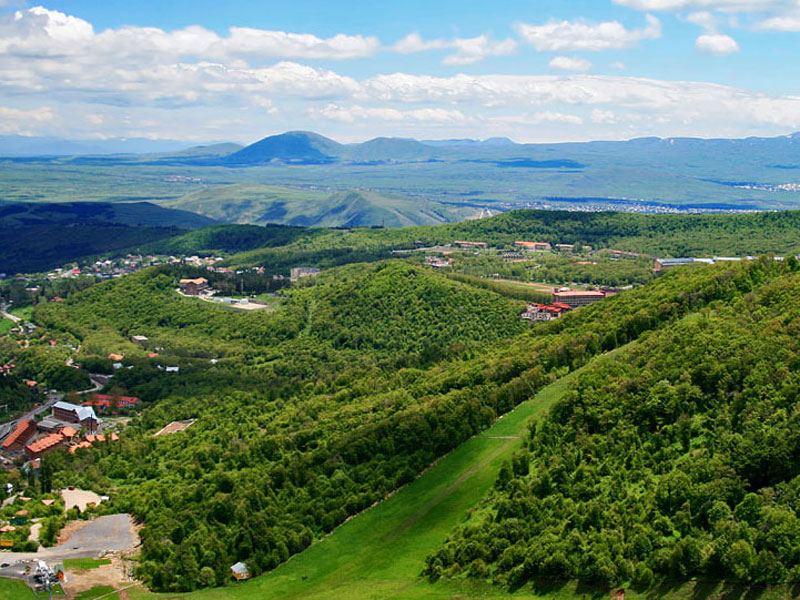 Most often tourists visit Tsaghkadzor in winter, that is the time of ski season (it begins in mid-December and lasts till mid-March). Here sport lovers will be provided with all the necessary conditions for skiing and snowboarding. The stable way is constructed on the slopes of Mount Teghenis and it has five stations and more than ten ski trails. Both the stable way and the trails are very well equipped and ensure maximum safety for the tourists. From the highest point (2819 m) you can enjoy a breathtaking view of Mount Ararat and Lake Sevan. Here, at the stable station, you can also find a medical service, a rescue service and a training service for beginners. 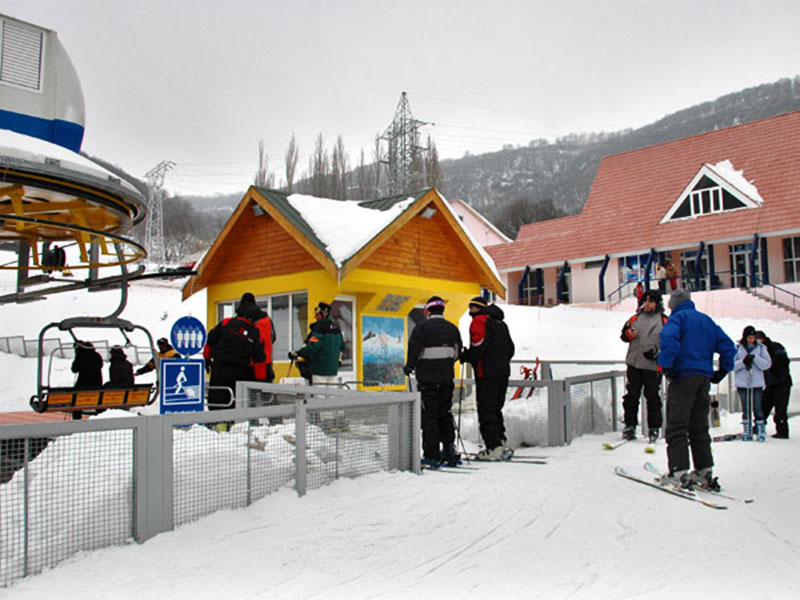 The weather during the ski season

The cost of renting an instructor

The cost of the stable way tickets

The prices in the hotels of Tsaghkadzor are influenced by two factors: the level of the hotel itself and the distance from the cable station. All the hotels can be divided into three types – new, renovated and cottages.

New hotels correspond to all European standards, they have good service and rather high prices (for example, “Marriott Tsaghkadzor”, “Kecharis”, “World of Gold” and etc.). Renovated hotels can also please the clients with good service and worthy conditions. However, the prices here can be attributed to the “golden mean.”

Cottages would rather interest big companies and families. They are equipped with a separate kitchen and all the necessary facilities. Kecharis Monastery is a monastery ensemble, founded in the XI century by Armenian Pahlavuni princes. It consists of four churches, two chapels and an ancient cemetery with khachkars.

In the central square of Tsaghkadzor you can see a marble monument, which presents two marble falcons spreading their wings. In a short time, the monument has become a real symbol of the city.

There are many restaurants and cafes in Tsaghkadzor where you can enjoy both traditional and European cuisine:

For those who prefer a fun, non-ski sport Tsakhkadzor provides a rich program of apres-ski. Those who wish can have the opportunity to try mountain biking, snowmobiling and horse riding. Bowling fans won’t be disappointed too, as there is a good bowling club at ‘Kehcaris’ hotel. In the center of the town you can find an ice skating rink, which operates the entire season and invites everyone for skating. You won’t be able to explore Armenia without visiting Tsaghkadzor. Arara Tour will organize your amazing holidays in Tsaghkadzor.

1 Comments
Rekha
Hi i am in Tsackhadzor today..pls suggest if u can areange some tours to any destination around. U can wassapp on this number.
Feel free to send us your questions, remarks or ideas on this tour. Our tour agents will help you design the right itinerary for you. By sending us a request you will start the first phase of creating your wonderful experience with Arara!
Thank you for sending your booking request, we have successfully received it.
Our travel agents will get back to you the soonest the possible. If you don’t receive an email from us within 24 hours please check your Spam Box.
Thank you! You have succeeded your payment. Our tour coordinator will contact you the nearest working
Ask