The Legend of the Treasure Mountain 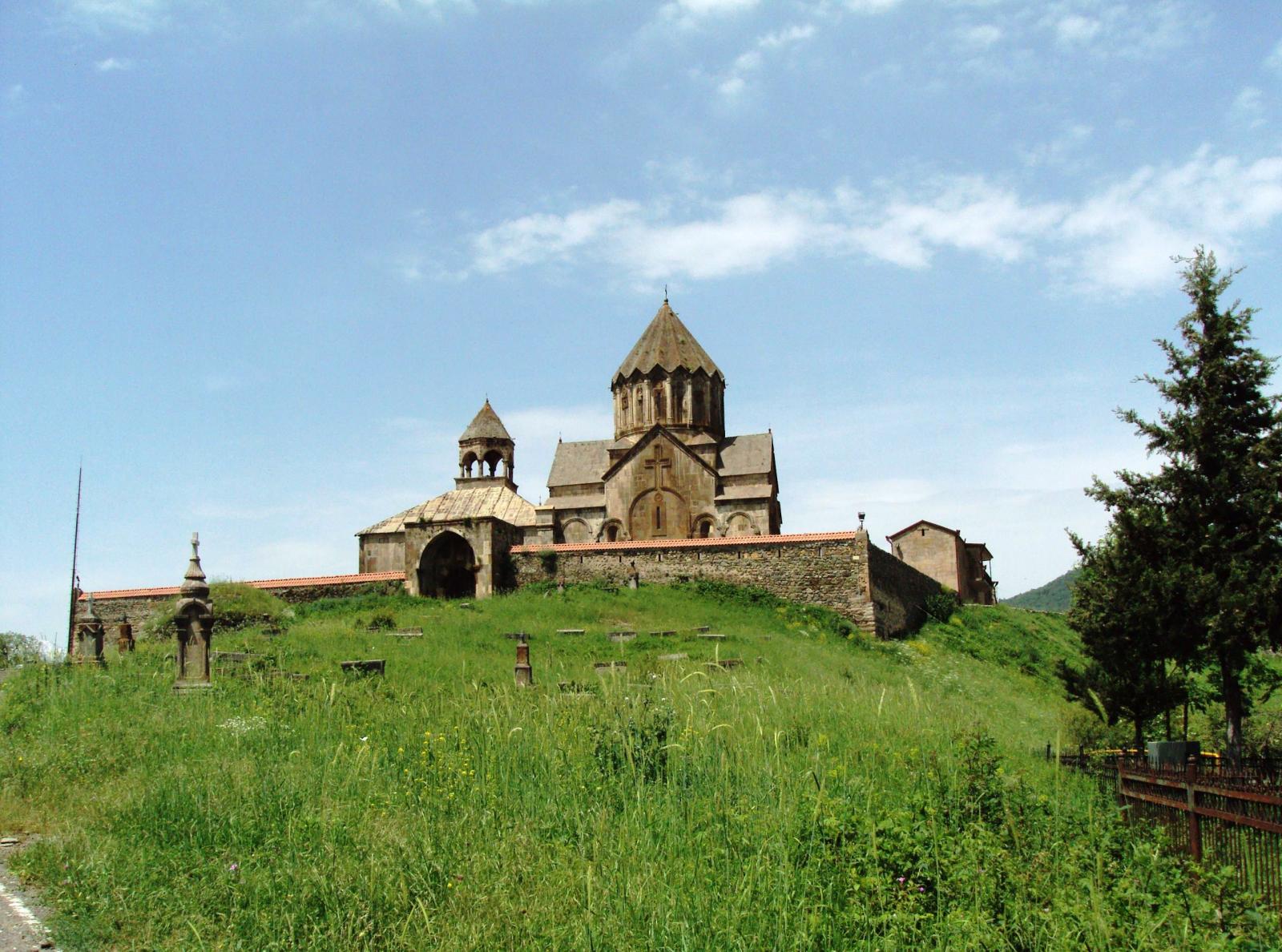 Many centuries ago the Roman Empire was at its largest and most mighty. The greedy and oppressive tyrants invaded country after country, expanding their borders across nations, while plundering people’s homes.

Several Roman military units headed towards Armenia. The Armenian King at the time was young King Artavazd. After sensing danger approaching he hid all items of value including crystal, gold figurines, silver candleholders, jewelry and precious stones, in a secret cave in the Kahats mountains. To increase the safety of the items he constructed a mighty fortress at the peak of the mountain, directly over the hiding place. Only the king and his advisers knew about the secret cave that lay beneath the fortress. Before long, whether due to jealousy or fear, one of the king’s advisors told the Romans about the cave. Roman soldiers arrived and surrounded the fortress. Artavazd’s small unit of Armenian soldiers fought off the Romans well, until Roman reinforcements came, which then resulted in the Armenian warriors being overcome in numbers and they bravely and heroically died in battle.

The Roman military raided and pillaged the fortress, leaving nothing unturned in their search for the secret cave. All they found was a sprout from a golden teapot. The Roman soldiers were ordered to invite the power of ‘Magi’, use sorcerers and question all the peasants in the area, to get information about the cave.

But it was all in vain—no valuables were found. The betrayer of the king, who told the Romans about the secret cave, was hurled into jail and later put to death.

It is said that the Gandzasar Mountain still contains the treasures of King Artavazd, but not just anyone has the qualifications to find it. The mountain will only give up the treasure to the person who can restore peace throughout the land.