The Legend of Noraduz Khachkars 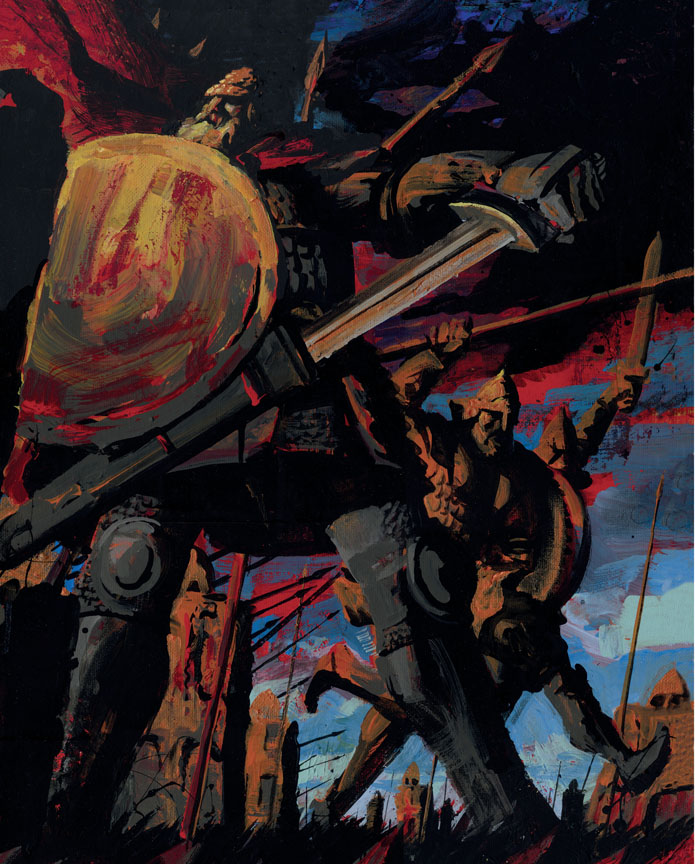 Khachkars dot Armenia’s landscape like the stars dot the sky—the special stone carved crosses bring the ancient world into the modern. They appear not just on monastery walls, but everywhere in the landscape, on mountains and along roads. Many signify the tombstones of Armenian heroes gone by. There are several hundred of these khachkars in Noraduz cemeteries.

At one time these khachkars aided the living in the most unexpected way.

It was during the invasion of the Seljuk Turks that these stone carved crosses had the most memorable effect.

The Seljuk Turks’ attacks were always sudden and done in a stealthy way. Their raids on enemy villages often were at times when, by ancient law, fighting must cease—like during weddings or funerals.

One day Armenian King Gegham was mourning the death of one of his commanders in the small town of Noraduz. He had only a small contingent of soldiers and some peasants with him. The Turkish ruler at the time, Malik Shah, got word about the Armenian king’s vulnerable situation and sent troops to attack. That evening, King Gegham, who was at the cemetery with his group, learned that Malik Shah had sent troops. The king worried what he could do, with only a few soldiers and peasants with him against an army. He thought about retreating, and then he thought about going for a deadly battle.

Suddenly he had an idea. He ordered his soldiers to take off their armor and place them on the cross stones. Then he and his men stood in front of the khachkars, ready. When the Turkish soldiers approached they were met by an incredible sight—King Gegham with a group of warriors on horseback, behind them were soldiers on foot, stretching back as far as the eye could see. The Turks, who were convinced that the khachkars were soldiers, fled the scene, so King Gegham and his men chased after them and finished them all.