The Legend of Lake Sevan 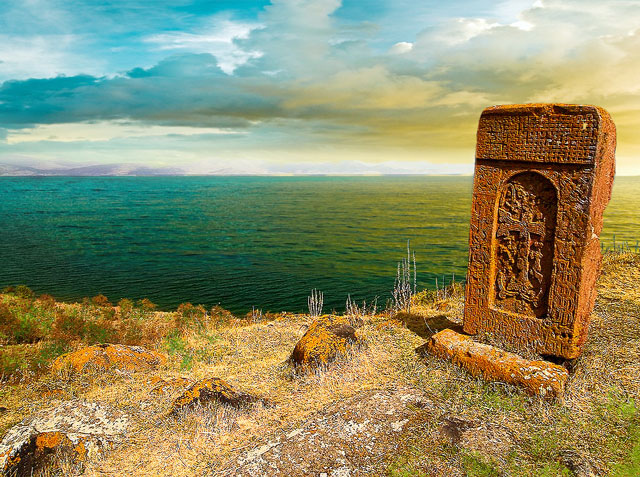 Lake Seven sits upon the Armenian plateau. Out of all the highland lakes around the world, it is special — its sparkling waters have given a home to many legends and well told stories.

There was once a land with bountiful fertile soil and beautiful gardens. The land was watered by a nearby spring. It was a small but strong spring and once the water flowed from it, the flow had to be stopped by a boulder.

One day a playful young beauty was filling jugs with water at the spring, all the while daydreaming and not paying attention to what she was doing. Once the jugs were full she left the spring, forgetting to replace the boulder. She went home and when evening came she went to bed. During the night disaster struck—the water from the spring poured out and became a small river, flooding the entire neighborhood. People woke and saw the waters rising. They started to climb trees to avoid the flood water, but the waters kept rising higher and higher. All the while the girl slept.

An old man, angered by someone’s carelessness, shouted “May the person who did this turn to stone!” At that moment the forgetful girl awoke and walked out of her house. As soon as she stepped into the street she turned to stone. The powerful waters were still rising and eventually they formed a lake with a rocky island. Today this rocky island still dominates the blue surface of Lake Sevan, looking like the head of a neglectful girl.