The Legend of the Righteous Peasant 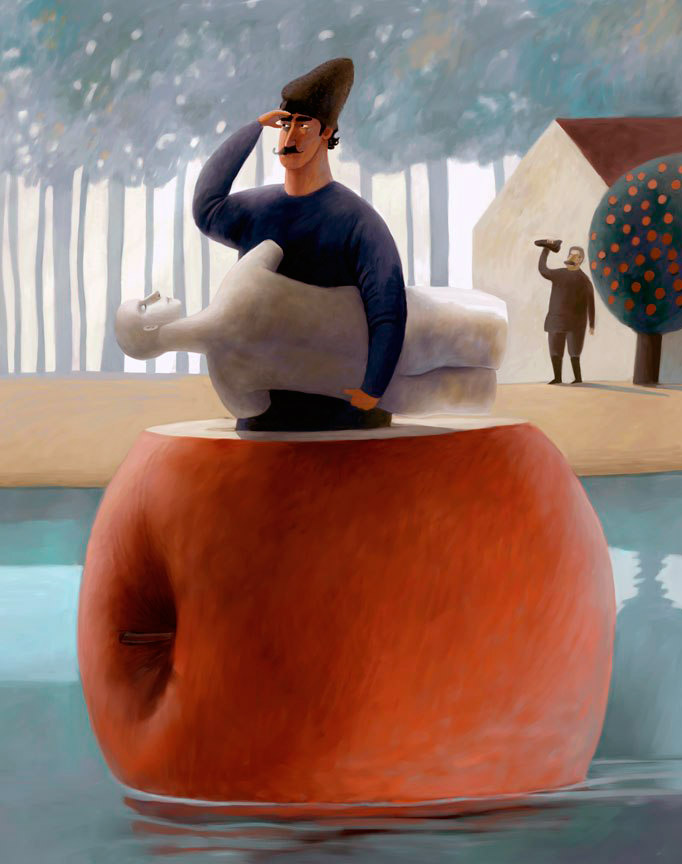 Once upon a time, there lived a peasant who had never committed any bad thing and had never stolen anything. One day he was sitting by the stream and suddenly saw that the flow is bringing a golden apple. The peasant took this apple and ate it, and then repented of his action. He lamented that he had eaten someone’s apple without asking permission and decided to find the owner of the apple tree and ask him for forgiveness. The peasant went upstream the river and began to look for the place where the apple could get into the water. Suddenly he saw a huge garden, in which the owner worked under the golden apple-tree. The peasant turned to him:

“I do not know how it happened, but I ate your apple. I will not rest until you forgive me. I have never taken anything without permission before.”

The gardener carefully looked at the peasant and said:

“I’ll forgive you only if you marry my daughter. She has never seen a white light, she is stupid and also blind, she has neither hands nor legs. Now, if you agree to marry such a girl, then I’ll forgive you.”

The peasant agreed and on the appointed day he came to the bride’s house in a white shirt and with flowers.

The father brought his daughter out of the house. The girl was very beautiful and fresh and had not a single flaw. The peasant got confused and rejoiced, and the bride’s father embraced him and said:

“My daughter has never done any bad deeds, and I realized that it was you who deserved to be her husband.”

The young got married under that golden apple-tree.