Interview with the Ambassador of France in Armenia 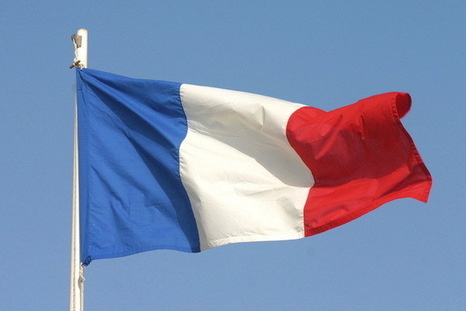 Today we want to present an interesting conversation with the ambassador of France in Armenia Jean-François Charpentier. During the meeting, he gave a detailed assessment of the tourism industry in Armenia and noted that our country is a very attractive tourist destination for the French citizens.

– Mr. Charpantier how do the citizens of France feel in Armenia? Is Armenia perceived as a positive tourist destination?

– How do the tourists from your country assess the safety in Armenia and do they feel safe here?

– Low crime level gives us the right to consider Armenia as a safe country. According to the recently published international data, Armenia is among the ten safest countries in the world. So the tourists can feel comfortable and safe in your wonderful country.

– What kind of complaints do you get from the French tourists concerning their stay in Armenia? What specifically don’t they like here?

-Very often due to the language barrier French people meet some difficulty in communication with the locals. And also for many French as well as for all Europeans it is not common to see smoking people in restaurants, bars and hotels. Most of our tourists complain about that, and  some also are surprised with the foolhardiness of Armenian drivers.

– In your opinion what kind of gaps are there in the field of the tourism in Armenia that can be filled so it will be more attractive for the tourists from your country to visit?

– Armenia is a small country, but nevertheless sometimes it takes so much time to get to some of its districts. In addition, I think that to maintain the interest and attraction of some sights it is important to take care of them and maintain their cleanliness. I think that the efforts of the Armenian government with the help of the international donor organizations will help to improve the infrastructure of the country and that’s the right solution.

Of course, the tourist infrastructure is developing but is not fully adapted to the mass tourism yet. Moreover, even from the Internet it is very difficult to learn how to get from one Armenian town to the other, whether there any trains or buses. No information is available.

And it so bad that the tickets from Western Europe to Armenia are very expensive, and because of that the country loses its attraction for the tourists.

– You have already mentioned the problem of the language barrier, but nevertheless is it easy for French tourists to communicate with Armenian inhabitants?

-The Armenian language is an ancient language with rich literary traditions. But we must admit that for many people it is quite impenetrable. Even many Armenians of French origin do not speak Armenian. And it is a pity that the French language is not spread in tourist areas and even in hotels for meeting the interests of French tourists.

– Which regions and parts of Armenia are the most attractive for the citizens of your country?

– Each time when I travel around Armenia  I make sure that all its territories are so diverse, and each region differs from the other surprising us with its unique attractions. Armenia is a museum under the open sky, with beautiful nature, where different areas replace each other – from volcanic rocks and dense forests to almost desert areas. Armenia deserves to be deeply studied.

– Can it be said that Frenchmen like to visit Armenia?

– The overwhelming majority of French citizens leave the country with only positive and good emotions. The French are impressed by the richness and beauty of your cultural and historical attractions. They also appreciate the hospitality and kindness of the Armenian people, as well as the colors of the local atmosphere. Many say they would like to come back and even encourage their friends to get acquainted with Armenia.

– What do you think how has the EEC membership of Armenia influenced the tourism market?

-I don’t think that Armenia’s joining the EEC has directly influenced the interest of Europeans to your country.

-What would you advise to French citizens visiting Armenia to see and try first?

-First I would advise my fellow citizens to travel outside of the capital and get acquainted with the beauties of nature and the hospitality of the Armenian people. And I always advise enjoying numerous dishes of  the delicious Armenian cuisine.

The interview was prepared by Arara Tour, together with the journalist Lia Khojoyan.