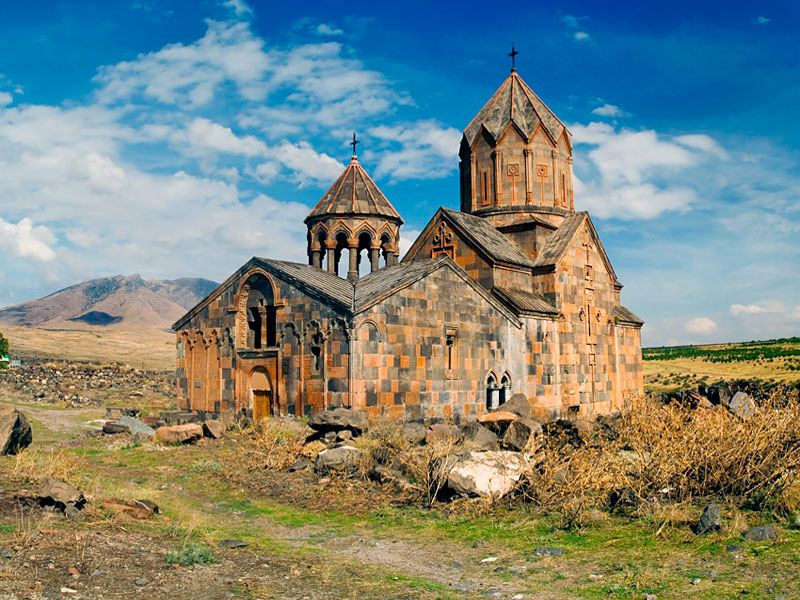 The monastery of Ovanavank is located near Ashtarak town, in the village of Ovanavan. The complex is located on the edge of the gorge, from where opensis a beautiful view of Ashtarak, Mount Ara and the gorge itself.

Ovanavank consists of several buildings, the most ancient is the basilica of St. Grigor of the V century. To the north, there are the ruins of the ancient church, one of the first churches built in Armenia after the adoption of Christianity.

The main temple of the monastery complex, Surb Karapet, was built in 1216 – 1221. The main stone used for construction was pink and black tuff layed out in a checkered pattern. The temple was also decorated with rich decor and immediately attracts attention. The entrance is decorated with a bas-relief depicting Christ on the throne. After the earthquake, Ovanavank was badly damaged and was rebuilt in the 1970 – 1990. The walls of the temple are decorated with khachkars and memorable inscriptions, each of them was carved in honor of particular event. 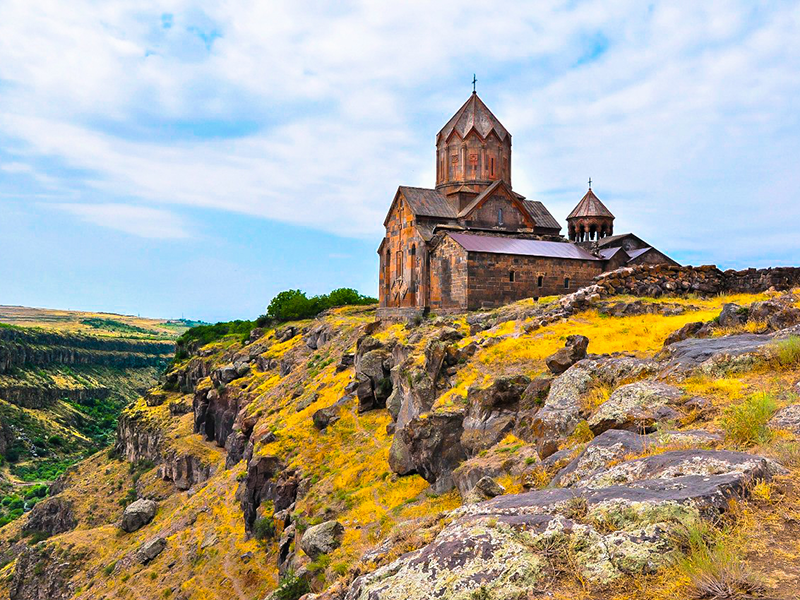 An interesting legend is connected with the monastery. The troops of the Turkic general Tamerlan plundered and destroyed everything in their way. When they approached the monastery of Ovanavank the abbot refused to see its destruction and decided to kill himself by drowning in the river. The Lord refused to take his sacrifice and a miracle happened – the abbot walked on the water, as on earth. Having seen this miracle, astonished Tamerlan decided to fulfill any will of the abbot. In response, the latter asked him to save lives of those who would be able to find room in the temple. People began to enter the temple and all were saved. And Tamerlan saw that everyone entering the temple turned into a dove and flew out the window.