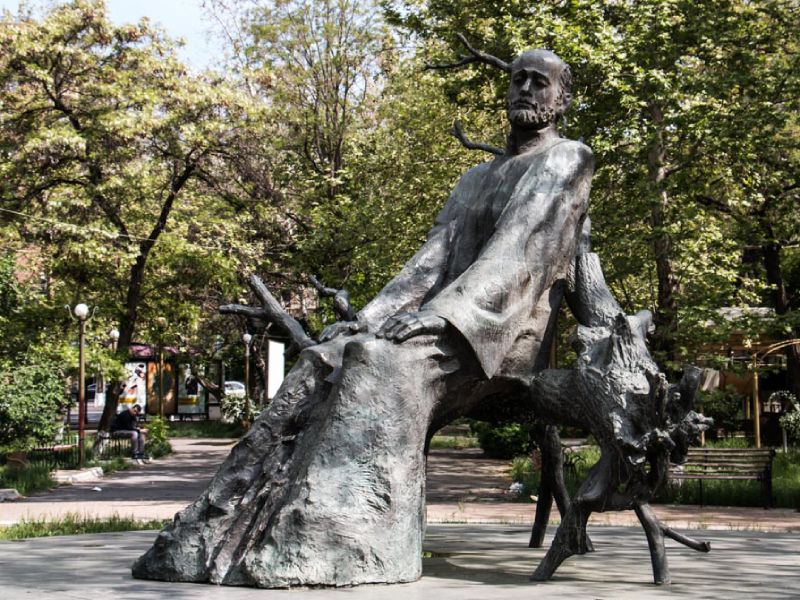 The monument to Komitas was opened in 1988 in the Komitas Park, next to the Opera House. Komitas (Soghomon Soghomonyan) was an outstanding composer and folklorist.

Komitas traveled about Armenia and visited all regions collecting and recording Armenian folk songs. He processed spiritual melodies, worked on deciphering “khaz” and worked on the theory of voices. In addition, Komitas promoted Armenian music abroad and worked on the creation of the musical epic “Sasna Tsrer”. Unfortunately, a great talent did not have time to do much. On April 24, Komitas and other representatives of the Armenian intelligentsia of Constantinople were arrested and deported to Changer. On the way, Komitas could not bear the brutal murder scenes and lost his mind. He spent the rest of his life in clinics of Paris.

The monument to the great composer presents his figure sitting on a fallen tree. In his thoughtful and sad eyes, you can see the imprint of the tragedy of the Armenian people.