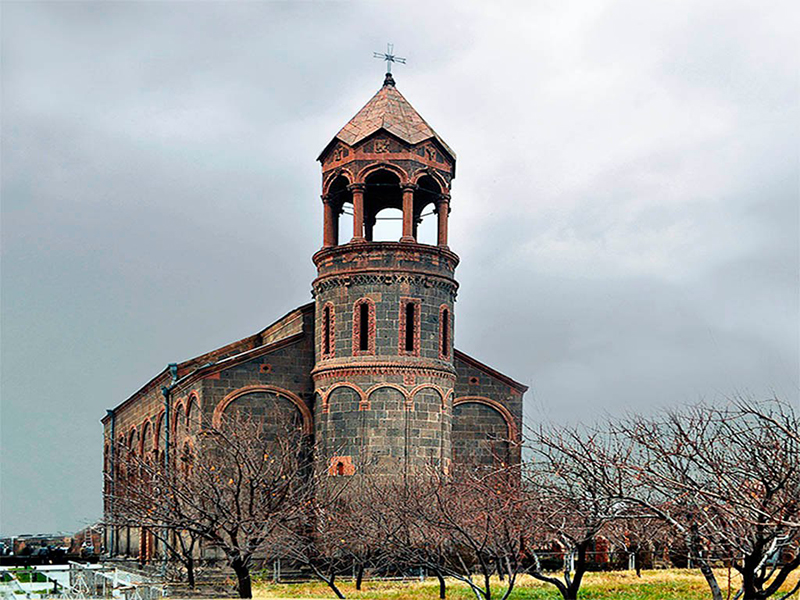 The grave of the great enlightener is located to the southeast of the village. By the orders of Prince Vagan Amatuni a chapel was built over the grave in 443. Vagan Amatuni is also buried on the territory of the church.

Later, in 1875 the church of Mesrop Mashtots was built. The basilica is a classic example of architecture and recalls the early Christian culture of Armenia. The inner walls of the church were painted in 1960.

The crypt, where Mesrop Mashtots is buried, is at the altar, on the right side of the church, under the foundation of the ancient chapel.