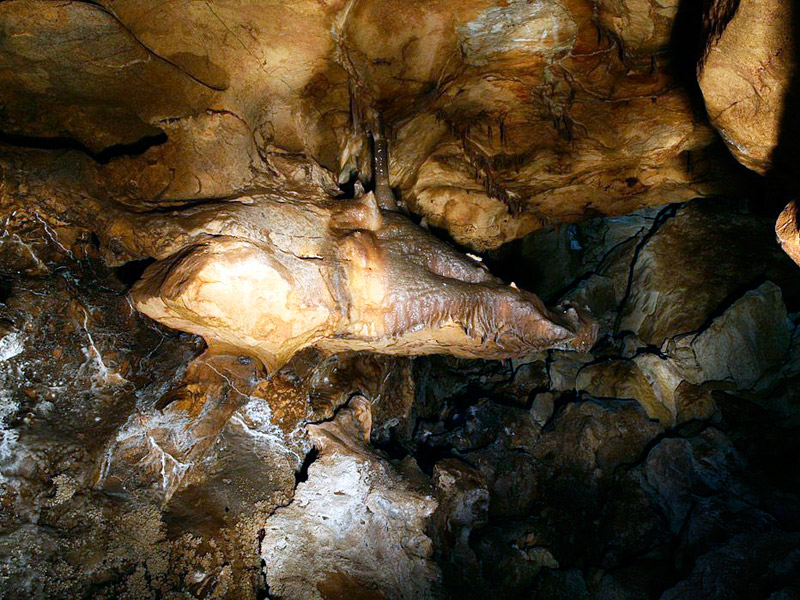 The Magil Cave is located in the Vayots Dzor region, 112 km away from Yerevan. The region of Vayots Dzor is rich in ancient historical monuments and natural sights. The Magil Cave is located just 3 km away from the village of Areni – the oldest winemaking center. It was here that the most ancient traces of winemaking in the world were found in nearby caves: jugs (called «karas» in Armenian) and grape bones with traces of fermentation. Here is situated another pearl of ancient Armenian architecture – the monastery of Noravank, dated by the 13th-century.

The Magil Cave, named after the hunter nicknamed Magel (full name Magellan Arakelian), who discovered it in 1980, is one of the largest and most unexplored caves not only on the territory of modern ArmeniFmagila but also all over the world. Despite its huge size, only a small part of it equal to 1.7 km is explored and mapped. The cave was formed as a result of the movement of underground plates many thousands of years ago. Now it is a labyrinth of underground chambers and tunnels. The largest cavities reach several tens of meters in width and about 15 meters in height. The only entrance to this cave is a narrow hole, and the further road is divided into several tunnels. Locals say that there are a lot of «deadly tunnels» that lead directly into the abyss.

In summer and winter, the constant temperature in the cave ranges from +14 to +16 degrees. This favorable climate contributed to the fact that since ancient time people used the caves as a dwelling. During the research, traces of human activity, the bones of primitive people and stone tools belonging to the Neolithic Age were discovered. In the Middle Ages, the caves served as a haven for shelter and protection against hostile attacks. The entrance to the cave is so narrow that only one person can climb through it, but inside you can see the spacious, high halls with some stalactites and stalagmites.

The Magil Cave is a unique underground ecosystem and is home to thousands of bats, including the rare endangered species listed in the Red Book. It is home to about 65% of all species of European bats. At the time of discovery of the cave, there were more than 16-17 thousand bats. However, because of human intervention, their population is under the threat of destruction. The Magil Cave is closed for free access, as it is a mortally dangerous place. The cave can only be visited accompanied by special guides.