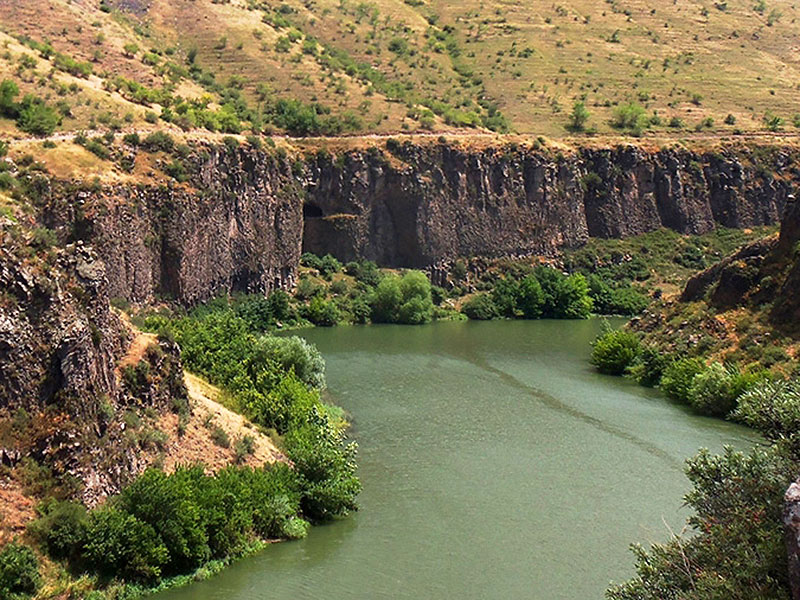 Hrazdan River is considered one of the largest in Armenia. The river originates from Lake Sevan and, flowing through Yerevan, flows into Araks River. The length of the river is 140 km, the area of ​​the basin is 2560 sq.km.

Despite the fact that the river is low-water and non-navigable, at one time it played a huge role in the development of the country’s economy. From Lake Sevan, the water irrigated the fertile lands of the Ararat valley, as well as provideс stable work of power plants. Eight hydroelectric power stations with a total capacity of 600 thousand kWh. were opened on the river.

The river flows through the Hrazdan gorge, which is considered one of the most beautiful natural attractions in Armenia and, particularly, in Yerevan. Three bridges were built in Yerevan over the gorge. The oldest one is 200-meter-long “Victory Bridge” that was built in 1946. The bridge “Kievian” was built in 1954. There is a  small church of St. Sargis near Kievyan bridge. The newest bridge “Davtashen” was built in 2010.