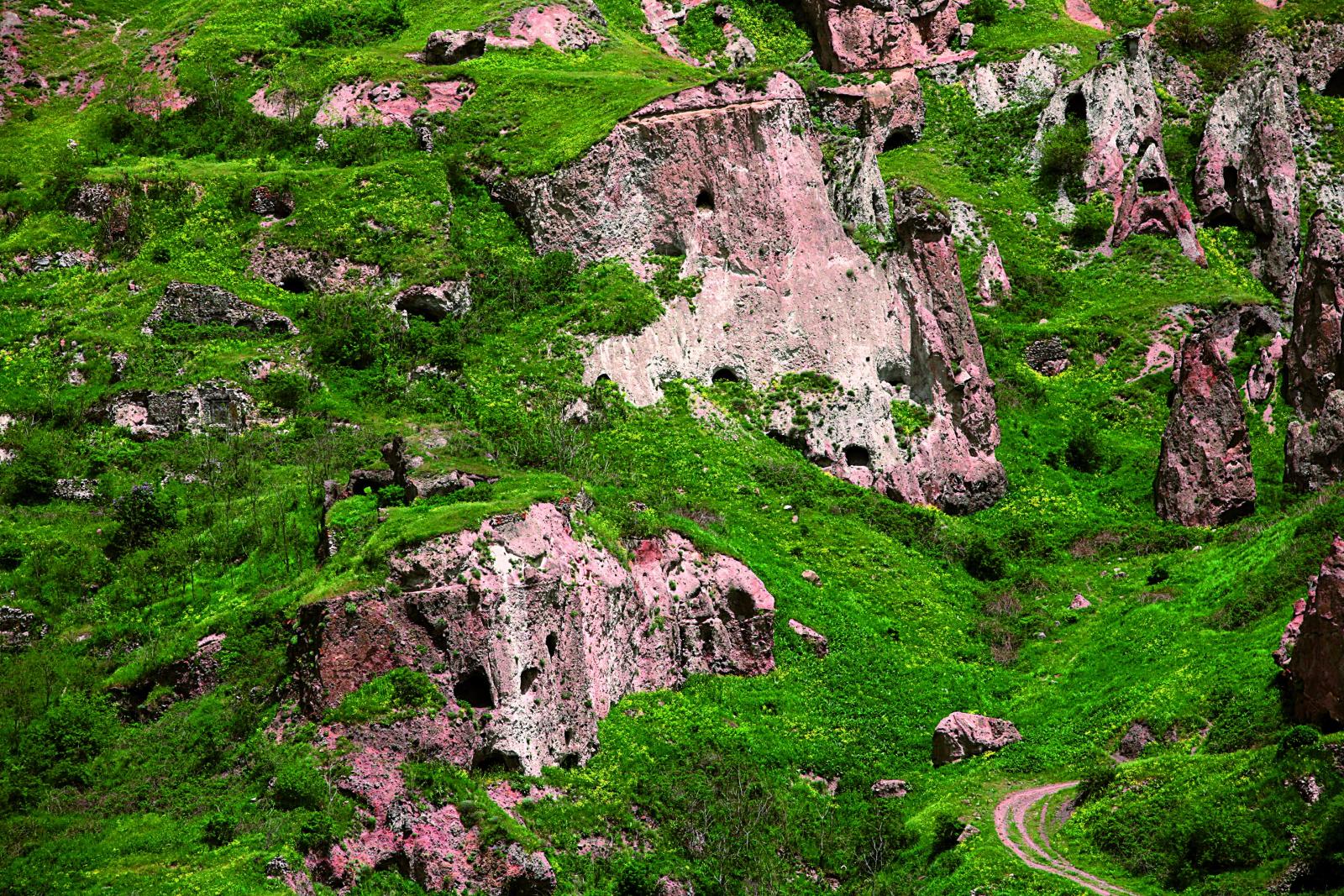 The territory of Armenia was inhabited by ancient civilizations that left their mark for millennia. The mountainous territory was ideal for cave inhabitants: ancient people built entire cave cities that served as a home and shelter from attacks. One of such caves in Armenia is Khnatsakh. The cave city is located in high cliffs with niches. It is difficult to imagine the life of people in such caves, but cave towns in Armenia indicate that the whole civilization lived and developed in similar caves.

Khnatsakh is also known as Crow Caves, in which the augurs (priests) lived. The augurs predicted the future by the way the raven flew. Ravens were present in many legends of the people living in this region. One of the most popular legends tells about Gilgamesh. Gilgamesh was looking for a beach where he could land the ark. From the ark Gilgamesh released a crow in the hope that the bird will find the land and will not return. The ancient people living on the territory of Armenia connected the legend with the Crow Stone cave. The famous expression “silent as a rock” can be explained by the fact that the crow that flew away and never came back, brought the good news to Gilgamesh.