Armenia, known as one of the most ancient lands of winemaking, still has so many things to surprise. For example, did you know that Armenia is also called the homeland of beer? This beverage with a bright aroma and taste made of malt and barley and Armenian mountain water once captured the attention of Alexander the Great. “One would need to drink the beer through the cane. Not diluted with water, the beer was very strong, but was a delightful drink for people who were used to it.”, 5th century BC, Xenophon. Have you ever thought of its history when taking another sip of beer? Or do you know how it is produced?

To enjoy authentic Armenian beer and find more about its production, we are heading to one of the most popular local beer brands, Dargett Brewpub that now has its brewery. The representative of the marketing department kindly agreed to be our guide today. The crowded and noisy brewpub is calling from afar. Well, we are not here to resist, right? 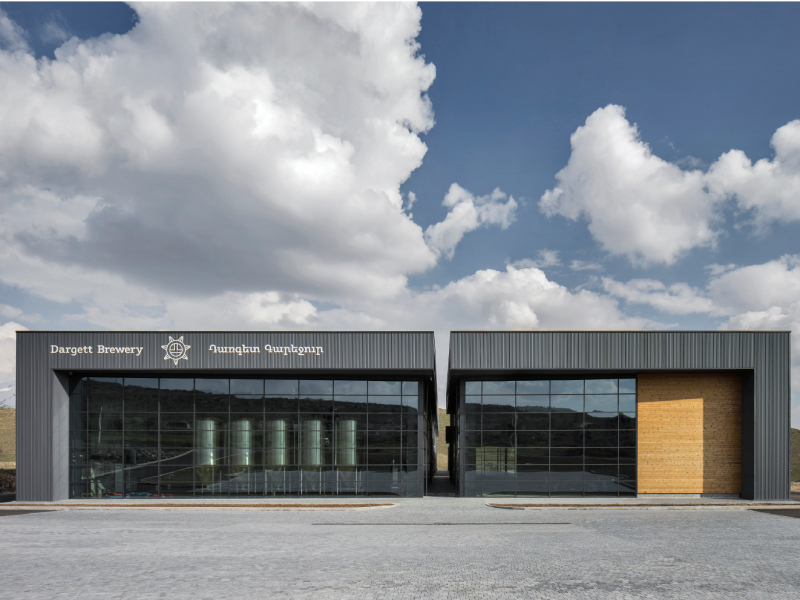 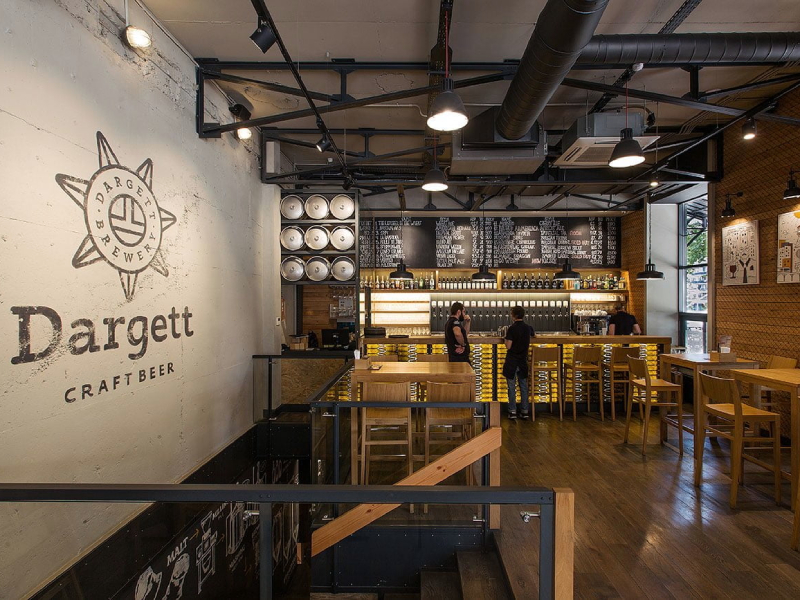 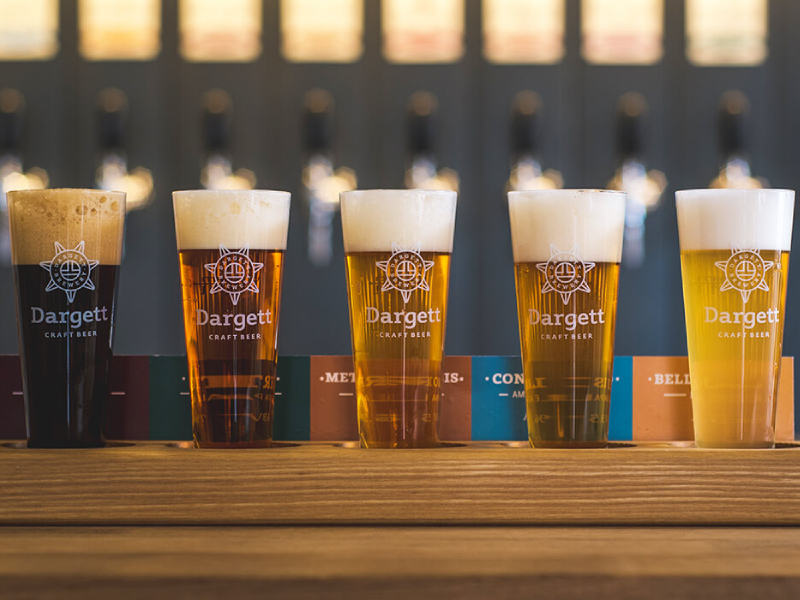 “It all started in 2016 with the Dargett restaurant in the city center. Despite its foreign-sounding name, the brand is absolutely Armenian. We produce more than twenty types of beer and special seasonal assortment. Gaining popularity and hosting guests all around Armenia in 2018, we have decided to open Dargett brewery. Today we have the opportunity to present our products not only in the restaurant but also in the whole of Armenia and abroad”.

Before discussing the present and plans, let’s not get ahead of ourselves and talk about Dargett’s history. Tell us more about the brand name. There is something interesting hidden behind the name.

“You are absolutely right. The name Dargett and brand logo have a fascinating story. The name literally means bitter river (dar - bitter, get - river). As simple as the name may seem, it’s easy to explain the word, but the story behind the logo is much deeper and interesting.

Let’ open the map of Babylon, the oldest map of the world. What do you see? Babylon is in the center of the map, surrounded by neighboring countries: Urartu, Assyria, and Armenia. Since only Armenia exists so far, we reserve the right to use the map as branding, brand identity, and logo. The map shows the Tigris and the Euphrates rivers, their intersection, and the seven stars as islands around Babylon. Expanding its territories, Babylon reached the sea and called the waters “river” because they had never seen anything else except the river. They tried the water, and it was bitter; it was a bitter river - Dargett.

The second meaning of the name is more trivial. The beer itself is a bitter drink, and it always flows like a river during parties. So yes, Dargett definitely means bitter beer and the river of bitter water.” 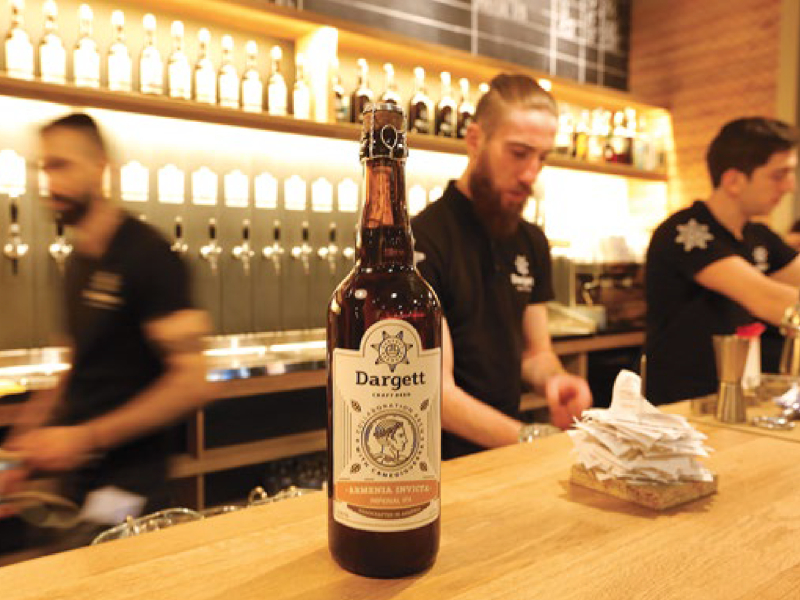 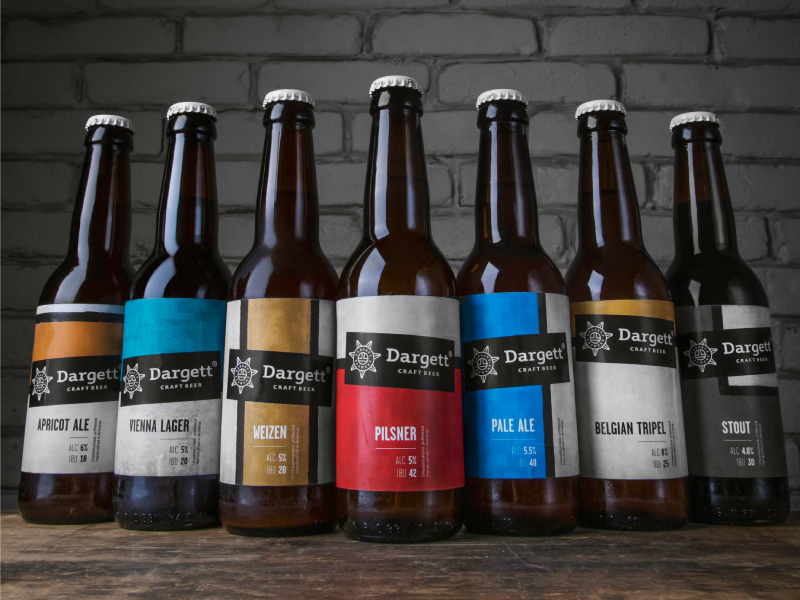 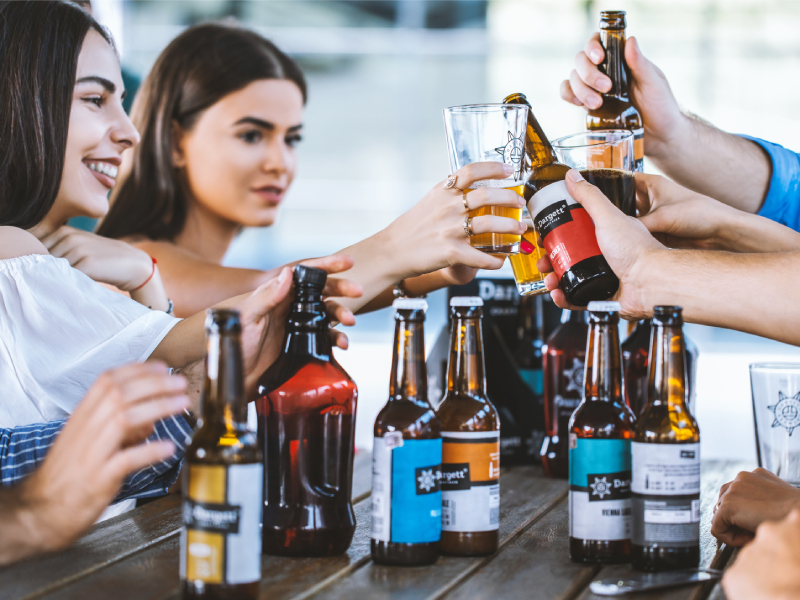 Armenia’s market is limited, while there are dozens of Armenian brands. What is the advantage of Dargett, and what challenges has the brand faced so far?

“First of all, Dargett is a craft beer. Craft means it is handmade, unfiltered, non-pasteurized beer with a unique taste, which was a novelty for the Armenian market and consumers. We offered the market more than twenty products at once, each of which had quickly gained fans, and the most popular types were bottled. The factory now bottles seven kinds of beer; the rest is made in the brewpub.

Since we were the first to produce craft beer, we had no competitors. There are several brands today that offer a variety of craft beers, and we are thrilled to have competitors. After all, competition is a trigger to grow, develop, and be a better version of yourself. It was a new approach to show the production process in the restaurant, presenting itself more transparently and being closer to the customers. The purpose of the visits to the brewery is also to show the production process.

The main challenge was to introduce a new approach and new tastes to the public. In time, everyone found their favorite flavors. Bottled versions are only seven types with labels to indicate the degree of bitterness of the beer as a guide for customers. In this way, we help the buyer, who is new to Dargett, to choose the type that suits him best”.

It is always hard to say goodbye, but it is time to leave Dargett today. Of course, we will visit it not once and taste unique beer with friends. One last time we asked to share thoughts and plans.

“Dargett is already exported to Russia, the United States, Australia, Lebanon, and France. Our beer quickly became popular in the foreign market, as Armenian water is the priceless ingredient that makes beer so unique. In the future, it is planned to have an open-air restaurant next to the brewery to host large events and promote the brand.”

A bit dizzy and happy, we are closing the door behind us. It is getting colder, the cool wind touches the skin, but our hearts are warm with talks and the beer.

Best Price
9 days/8 nights
1,512USD
1,302USD
Feel free to send us your questions, remarks or ideas on this tour. Our tour agents will help you design the right itinerary for you. By sending us a request you will start the first phase of creating your wonderful experience with Arara!
Thank you for sending your booking request, we have successfully received it.
Our travel agents will get back to you the soonest the possible. If you don’t receive an email from us within 24 hours please check your Spam Box.
Thank you! You have succeeded your payment. Our tour coordinator will contact you the nearest working
Ask