Today we will tell you about interesting art projects and street art in Yerevan. Ready to make a virtual stroll around the city and admire the works of Armenian artists and designers? Then go ahead!

Urban arches are an integral part of any city. In Yerevan, the capital of Armenia, the arches are not just ordinary and dirty passages – they are real works of art. And the thing is that not so long ago, the city mayor’s office has launched a project thanks to which started the large-scale renovation and upgrading of urban arches. 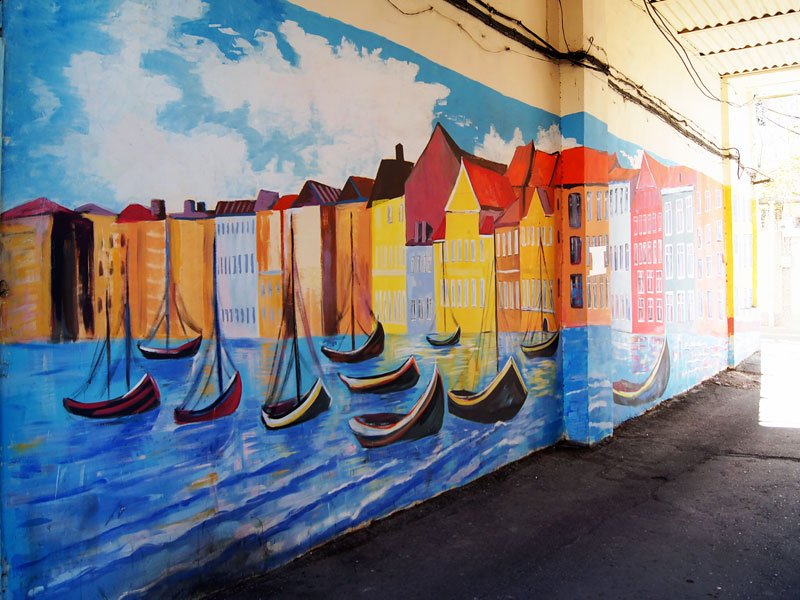 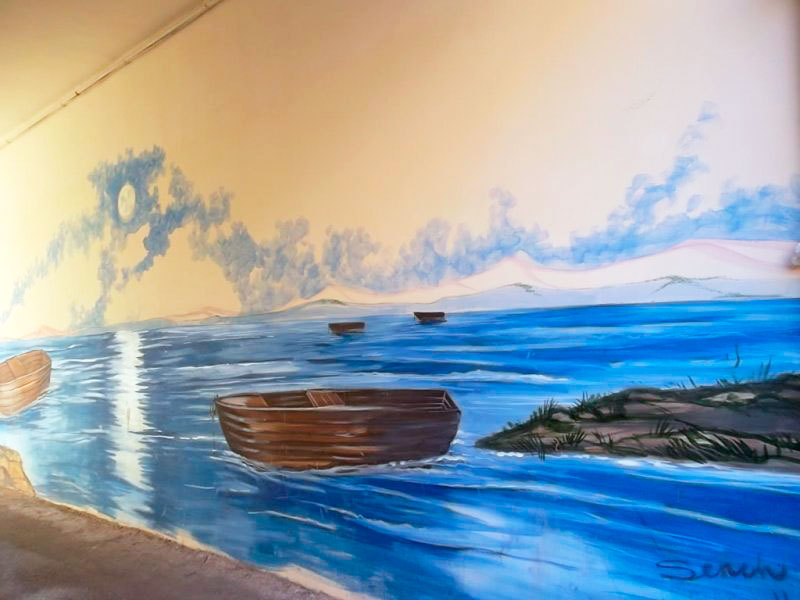 Headed by chief designer of Yerevan Gaga Amatuni talented artists and designers began to paint the arches, improving the appearance of the city and delighting locals. As the saying goes, creativity always unites, and the local residents were happy to support the artists, bringing them food and coffee while working. 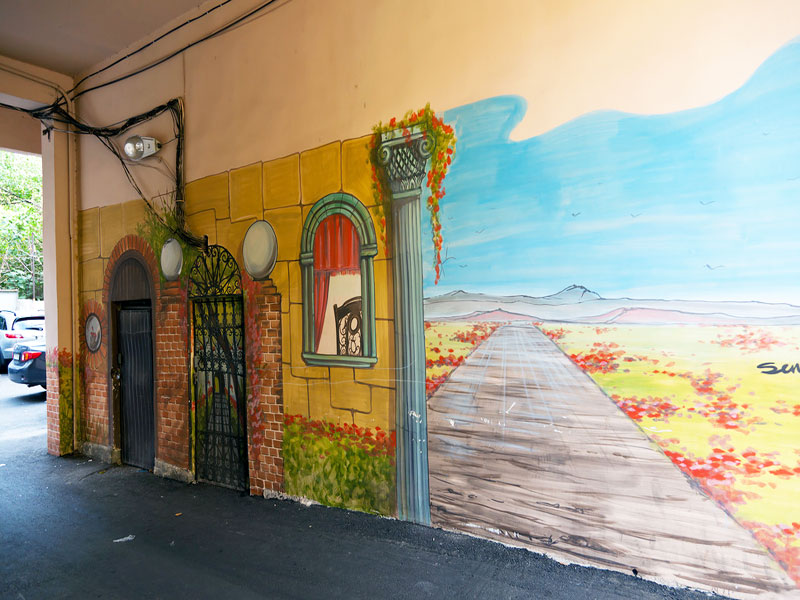 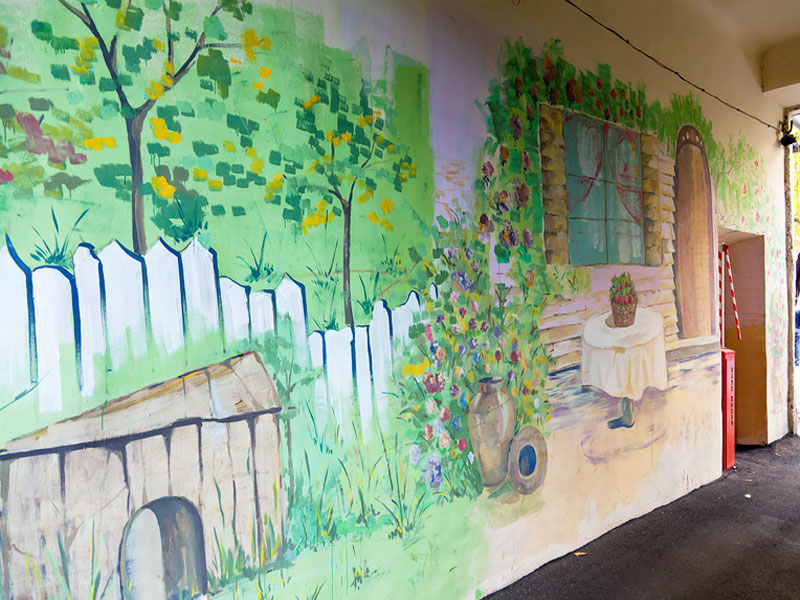 This project indeed improved the look of modern Yerevan and made it even more bright and cozy. The residents tell that they stroll around the city with great pleasure exploring interesting works of the artists and looking forward to seeing new ones. At this period of time about 150 arches of the city have their own unique and interesting design. The themes of the artists are quite diverse – the nature, the beauty of Armenia, world landmarks, etc. 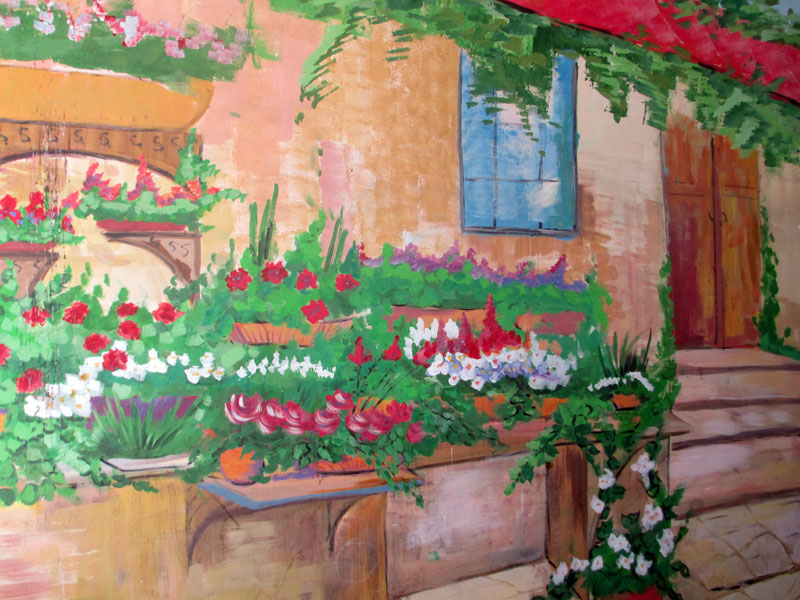 Over the last year, the name of the young Armenian painter Robert Nikoghosyan became known to many citizens of Yerevan. That’s due to his unique graffiti works that decorate the walls of buildings in the capital. Graffiti is a modern art form, which is not very popular and widespread in Armenia. That is why the works of Robert drew a lot of attention. And they got large scale recognition because of the chosen theme – the artist draws prominent and well-known Armenians and introduces young people and tourists with the Armenian heritage. 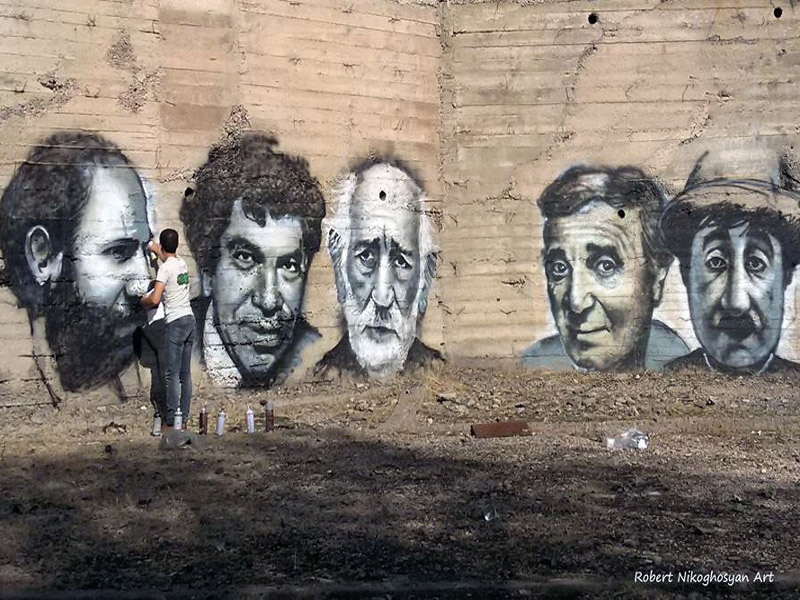 In general, Robert Nikoghosyan is a professional artist and graffiti is only a passion and a way of expression for him. However, he believes that this kind of contemporary art is not low-grade but on the contrary, has great potential to become a professional branch of art. 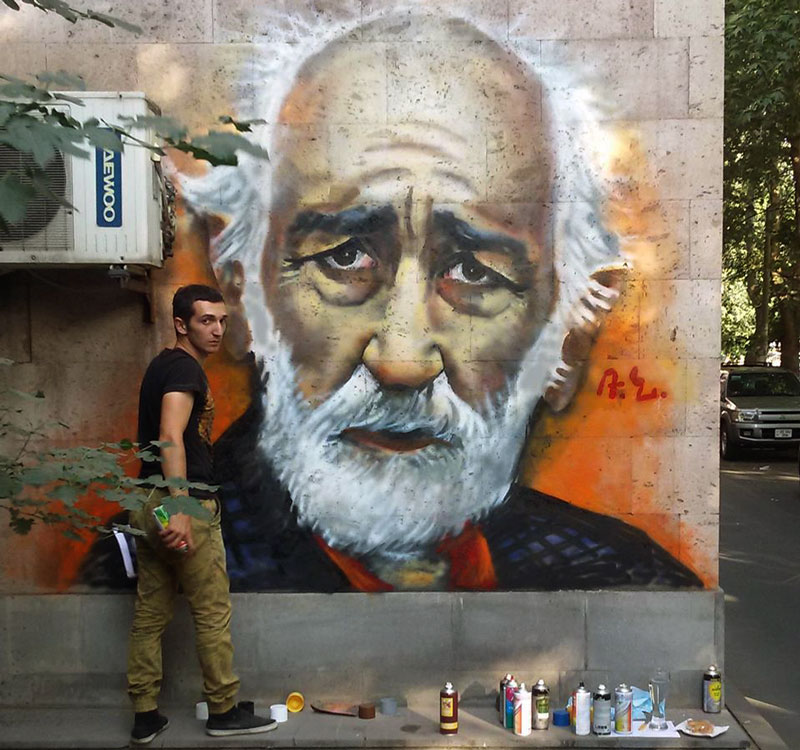 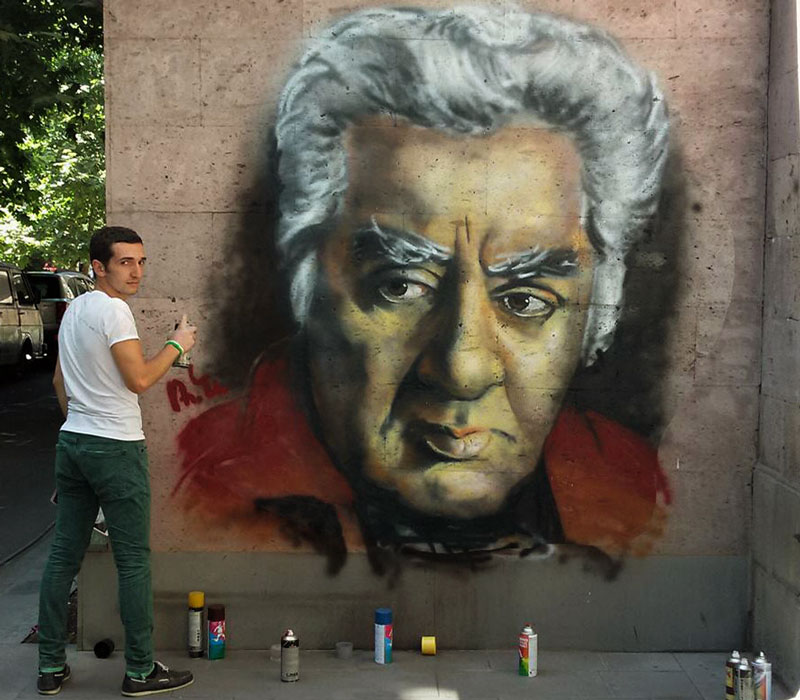 The artist tells that for a long time he has dreamed to paint portraits of the great Armenians but he didn’t want to do that on the canvas as in this case his works will stay only in the workshop or galleries and will not become the property of the whole nation.

His first portraits were made in his Nork district then he decided to continue in more central parts of the capital so that his works could be seen by many people. Now colorful and talented pictures of Frunzik Mkrtchyan, Sos Sargsyan, Aram Khachatryan, Charles Aznavour attract the attention of passers-by. You can see his works not far from Vernissage.

Robert Nikogosyan is not going to dwell on this, so the portraits of the prominent and well-known Armenians will continue to decorate our city.

City hatches are the other integral reality of our streets. And why not to replace these plain old pieces of iron with new beautifully decorated ones? Exactly that was decided by the portal ImYerevan.com and the city incubator Yerevan 2.0. This project was called “1000 and 1 hatch,” and the main aim is to make Yerevan more attractive and interesting and to promote contemporary art. 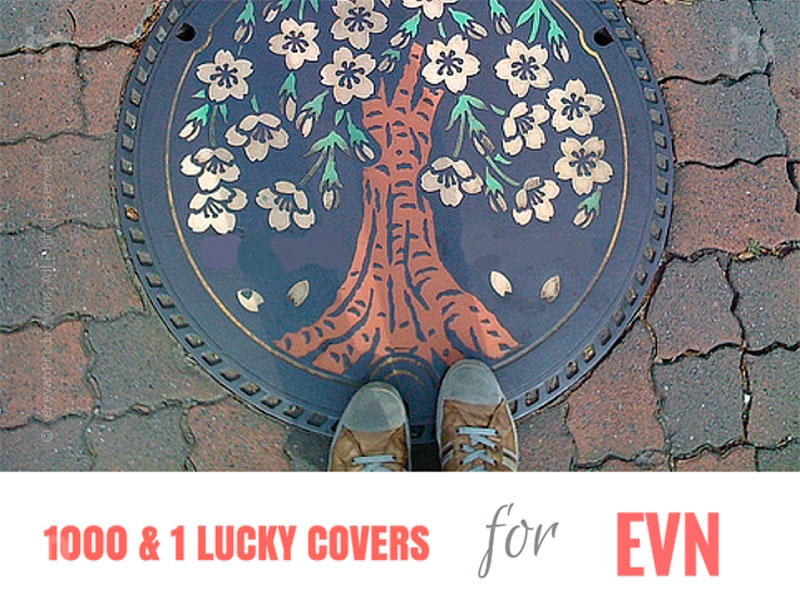 The hatches were decided to be decorated in 4 styles:

For this purpose, the hatches will depict the old coins, ornaments, graphic design, interesting facts and quotes, as well as pointers to interesting places of the capital. For example, on the territory of the Opera and Ballet Theatre there are about 50 manholes which will be decorated in the modern style with the elements of Armenian music. The hatches near the Cascade are planned to be made in the modern style while the ones on the Republic Square will represent historical ornaments. The best designers of the country will work on this project.