This year in October Alfa-bank, the largest bank of Russia, for motivating its best employees organized a large scale corporate event in Armenia for three days. Several countries were considered for the event, but ultimately Armenia was chosen. Our company “Arara” received the request to the full organization of corporate, where 58 employees of the bank from all around Russia should be participated in. We are glad to inform that everything was in high level, and today we present to your attention a short review of the corporate event in all days and tell a little bit about our done work: After arrival at the airport, our guests were transferred to the hotel in Yerevan. Tour started from the city tour around Yerevan – the ancient capital of Armenia, which was founded in 782 B.C. During the tour our guide Armine told many interesting facts about the country, its traditions, and history of city sightseeing. 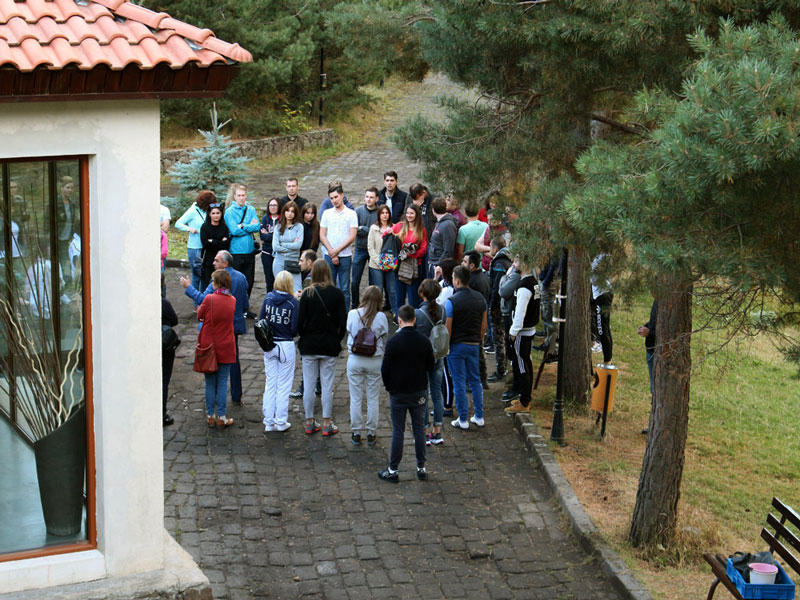 After the tour, our guests moved to ArArAt brandy factory, founded in 1887. Legendary cognac, produced by the factory, is famous worldwide. During the trip, guests could explore the oldest history of this drink and knew the secrets of production. After the tour, there was degustation of cognac. 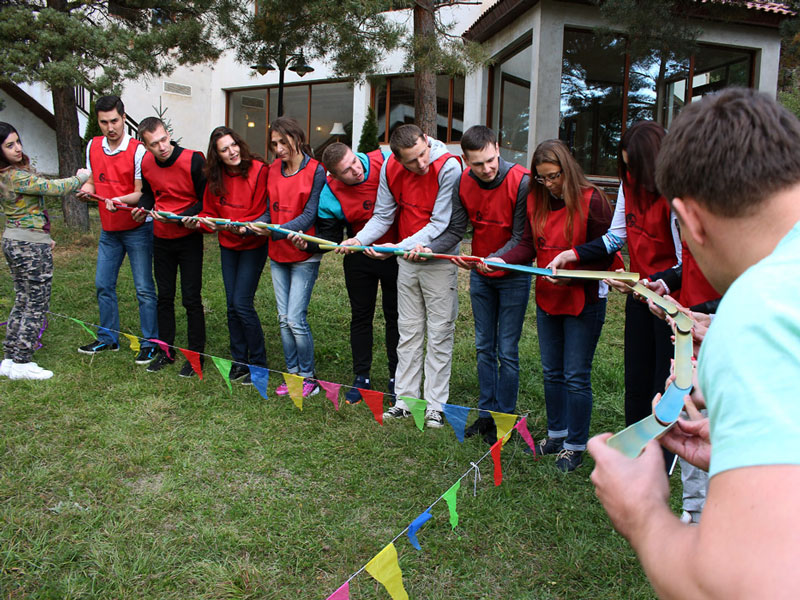 Tour continued to the carpet-weaving factory “Megerian Carpet”. This company has already been producing carpets for many years, and thanks to its performance Armenian carpets have appeared in the global market. Here all interested people could familiarise with the ancient technologies of carpet-waving, then watch carpets with traditional Armenian decors. Immediately after the tour, our guests went to the huge hall, where they could enjoy traditional foods of local cuisine and fascinating programme, which included the concert of national dances and songs. We also invited one of the most famous Armenian illusionists, who impressed attending people with incredible tricks. Watch Armenian national dances and do not want to dance – is impossible. That is why Armenian famous dancer taught all interested ones to dance national dance “Tamzara”. On this positive note, the first day of our guests was finished in Armenia. 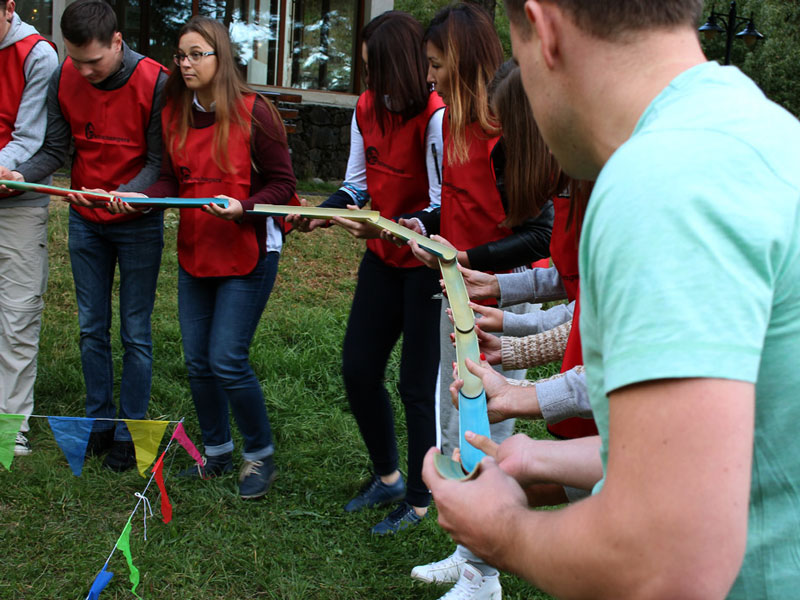 Next day in the morning employees of Alfa-bank had a working session, then went to small town-resort Aghveran, which is especially beautiful in autumns – forests surrounded by trees admire with its autumn colours, and weather is soft and pleasant. In the hotel, Arthur’s Resort team building was taken place. During this the employees participated in various psychological and team games for gaining team spirit, creating motivation and developing trust between one another. 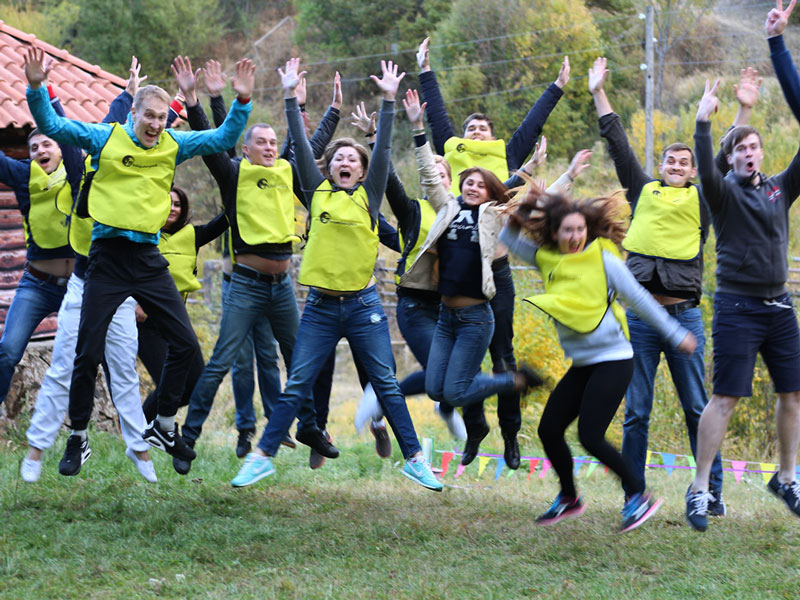 A beautiful ending of the day was farewell dinner in the “Tsirani” restaurant, situated in the apricot garden surrounded by well-groomed trees and bushes. Guests tried various foods of Armenian cuisine, enjoy national music, and also, could dance national dances themselves that they learned in the first day of the corporate event. Everyone was extremely satisfied with spent time in Armenia but expressed great regret that the tour was too short. Some of them were able to extend their visit to Armenia, and others promised to return again enjoying the culture and beauty of our country fully.

Detailed information about the organization of corporate events in Armenia is here.