Armenian films shot in Soviet times are real masterpieceс of the cinematography. They are full of national colors, ideas about love to the motherland, good jokes, and sometimes profound sadness. Watching them, you can enjoy the play of legendary actors and enjoy the beautiful Armenian sceneries. Unfortunately, the well-known and loved by all Armenian films are only translated into the Russian language. But despite that, we decided to introduce you to some of them, and tell about the most famous actors and directors. Below you will find a description of each of the film in English, as well as a video in the Armenian language. It would be great if before traveling to Armenia, you could watch any of them, and perhaps some of your Armenian friends (if you have any) could join you while watching and help with the translation. If not, you can just get acquainted with plot and just feel the true soul of the Armenian people shown.

The Best Armenian Films: «We and our mountains» 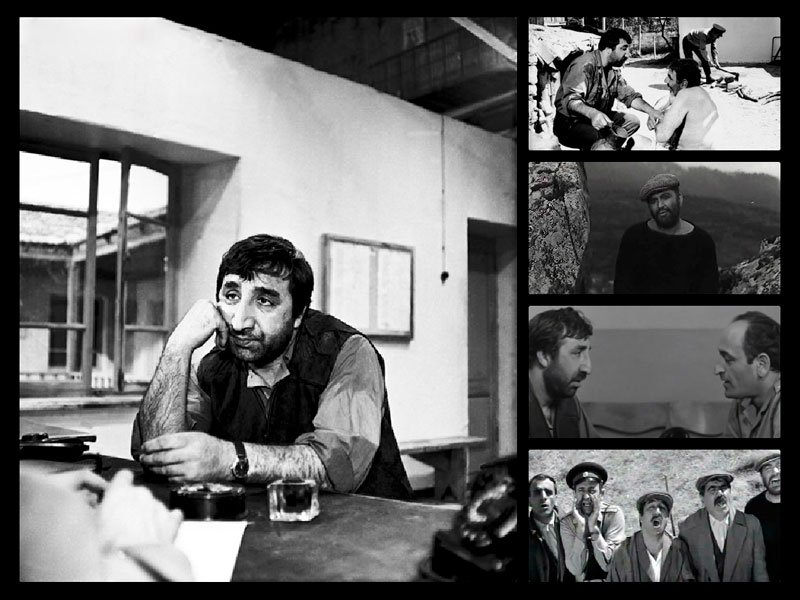 «We and our mountains» is the film adaptation of the story written by famous Armenian writer Hrant Matevosyan. It is one of the most beloved Soviet films among Armenians. It was shot in 1969 at the studio “Armenfilm”. Wonderful and talented actors – Sos Sargsyan, Frunzik Mkrtchyan, Khoren Abrahamyan, Azat Sherents etc – took part in the filming. This comedy tells about four shepherds who live high in the mountains of Armenia. One day four unknown sheep joined their herd, and the hapless shepherds decided to cook them for dinner. The continuation tells about how poor shepherds will deal with the former owner of the sheep and with the strict local policeman.

The Best Armenian Films: “Bride from the North” 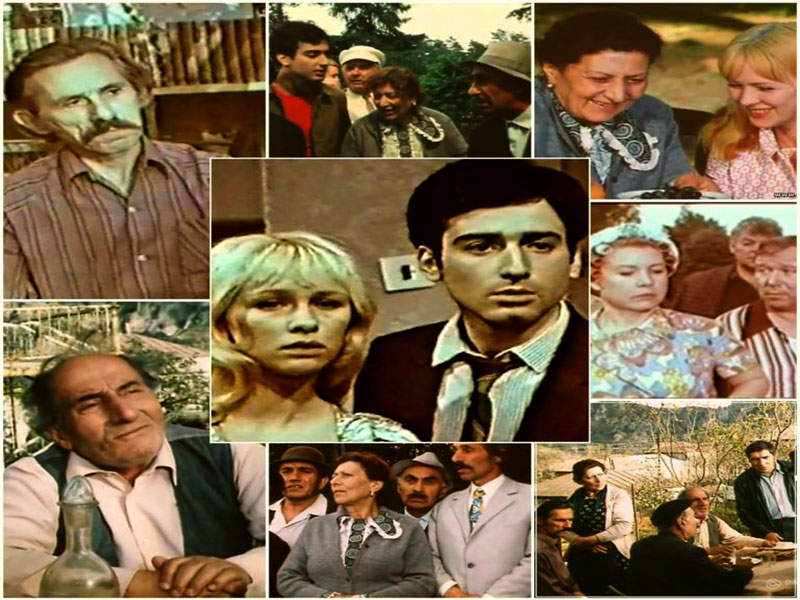 “Bride from the North” is a timeless film, which is loved and quoted at our days no less than in Soviet times. This comedy was filmed in 1975 in the television studio “Yerevan”. Being a joint project of Armenia and Russia, the film was shot with the participation of both Armenian and Russian known talented actors – Armen Dzhigarkhanyan Ara Babajanyan, Murad Kostanyan, Verdzhaluys Mirijanyan, Inna Makarova, Yuri Medvedev, Stanislav Gavel, Natalia Bespalova and many others. The story tells of a young couple in love – Russian girl Valya and Armenian boy Artak, who met in the Russian village. According to the old Armenian traditions, the bride should leave her father’s house and move into the house of the groom. Exactly in this way the young heroine was going to act, but will the loving mother agree to let her only daughter go and live in the distant lands in a strange family? Of course, she will not. However, after numerous conflicts, the family will come to an agreement. The entire film is imbued with the idea of friendship between nations, and the picture is completed by the wonderful songs written by famous Armenian composer Arno Babajanyan. Another no less beloved Armenian comedy “Men” was filmed in 1972 by the famous director Edmond Keosayan. Its premiere took place in 1973 in Moscow and was a great success. The plot revolves around four true friends – Vazgen, Suren, Aram and Saqo (Armen Dzhigarkhanyan, Frunzik Mkrtchyan, Avetik Gevorgyan, Armen Ayvazyan). One day, the shyest of them, Aram, falls in love with a beautiful woman Karine (Alla Tumanyan), who does not pay any attention to him. Throughout the film, the faithful friends try different and sometimes very funny ways to make that unassailable beauty pay attention to their unfortunate friend. Some years ago the sons of the director, Tigran and David Keosoyans, took the initiative and helped in the creation of a sculpture dedicated to the main characters of the film. Nowadays next to Martiros Saryan Square in Yerevan, you can see the four true bronze friends, walking together. 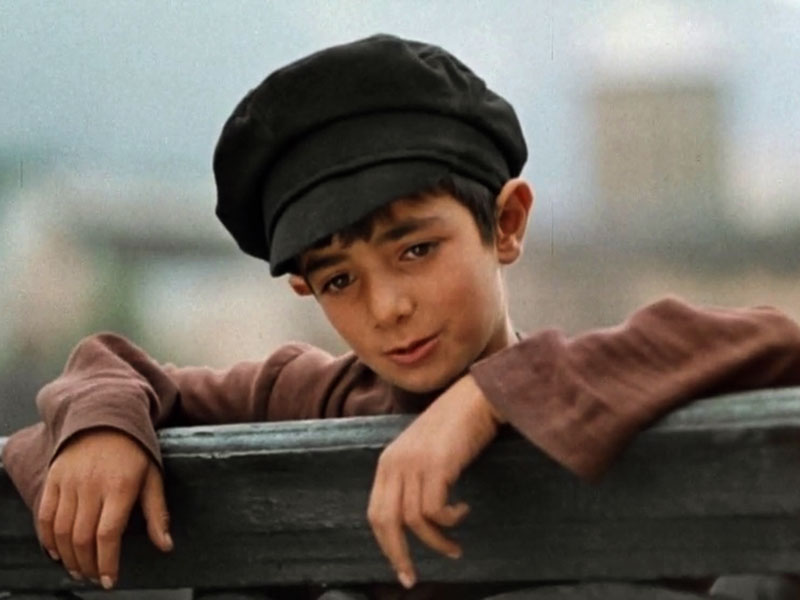 We also recommend watching the adaptation of the novel of famous Armenian writer Hovhannes Tumanyan – a feature film of 1982, “Giqor”. This sad story narrates about peasant Ambo who wishing that his 12-year-old son Giqor sees the big world takes him to the city and leaves as a maid in a rich family. The family turns out to be greedy and cruel and little Giqor despite being well dressed and fed suffers a lot and feels homesick. In winter the boy gets ill and when his father comes to visit him, Giqor even cannot recognize him. After burying his son, the old peasant returns home. 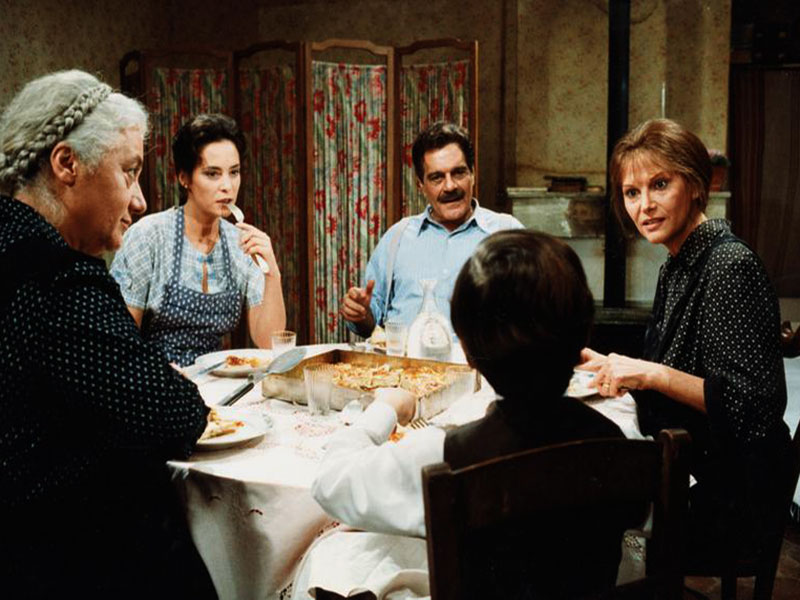 If you want to truly experience the tragic history of the Armenian people, then watching the film “Mayrig” unquestionably worth it. The film was shot in 1991 by the French director of Armenian origin Henri Verneuil (Ashot Malakian)  who shows the tragedy of the genocide of the Armenian people and its consequences. In the center of the plot – an Armenian family who, escaping from genocide, immigrateс to France. This story appears to us through the memories of a six-year child. Father, mother, their son and two aunts try to adapt to a completely new life and society, and despite all the hardships, remain friendly and united. This film can be watched in French, Armenian and Russian languages.