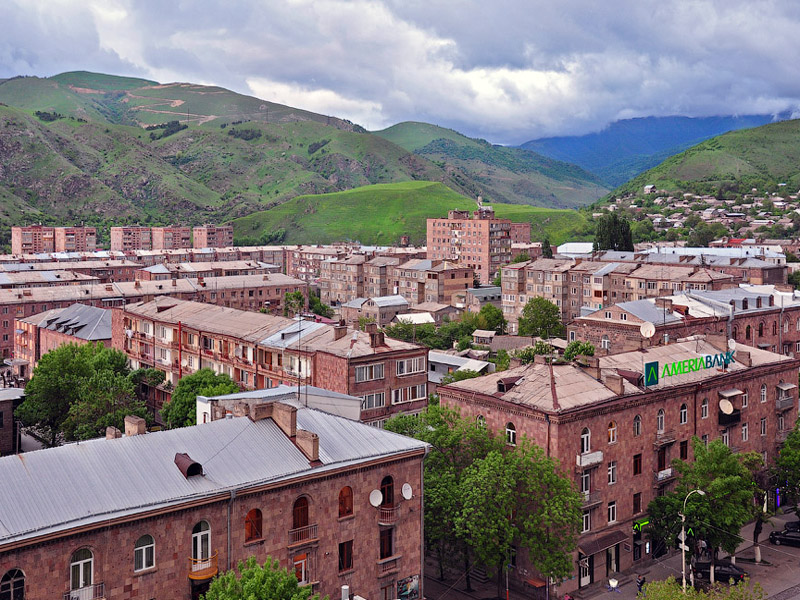 Vanadzor is the third largest city in Armenia and the administrative center of Lori region. The city is located at a distance of 145 km from Yerevan in Vanadzor basin. The climate is continental and very changeable with cool summers and cold winters.

In 1988 there was a catastrophic earthquake which took many lives and destroyed a large number of constructions.

The cultural life of the city is well-developed – there is a good art school as well as the Drama Theatre afterHovhannes Abelian, a puppet theater and an art gallery. In Vanadzor there are also several branches of well-known Armenian universities and academies. The musical college of the city trains for the whole of northern Armenia. There are also technical schools, music schools and secondary schools.

Among the attractions you can visit the old church of St. Virgin built in 1831, the new churches of Grigor the Illuminator and St. Sargis.

At a distance of 40 km north of Vanadzor is a famous temple, the Armenian education center of 10-11 centuries – Sanahin Monastery. It is the object of UNESCO World Heritage.

In the vicinity of the city you can also see the monastery of Akhtala X-XIII centuries, the fortress Loriberd X century.