The Legend of Mount Ararat Birth 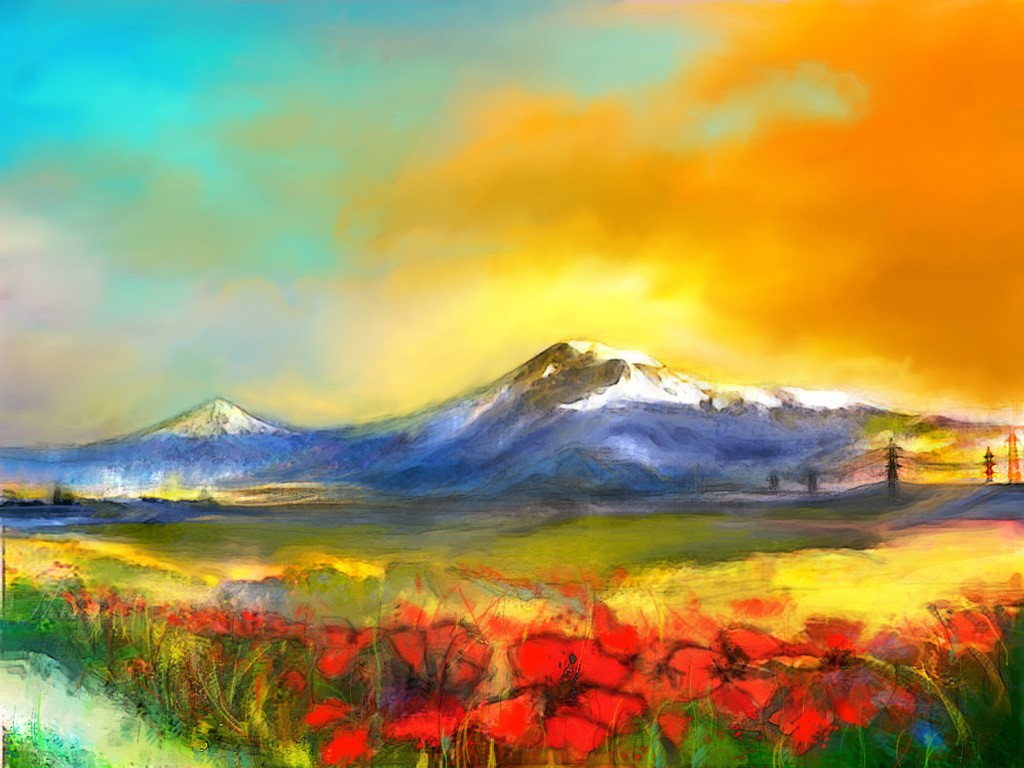 Vahagn, the god of fire, was a perfect being, except for his explosive temper. Even his birth was brought about a cosmic shake of the universe. The gods rejoiced the day he was born—they gave him many gifts. Astghik, the goddess of love, beauty and water, kissed Vahagn’s forehead and tied the Cross of War, woven from stars to his hand, that way the power of the fire god would last forever. Mihr, god of light, harmony and advice, gave Vahagn a heavy mace, made from a thousand and one suns. The new god especially liked that gift — he loved flying across the sky like a fiery whirlwind, brandishing his mace.

One day Vahagn propelled his mace and then, as usual, he went to look for it. He searched planet after planet for his mace and eventually found it on Earth, stuck above a valley. As he got closer to the mace he saw how the sun was gleaming on the spikes, which were surrounded lush greenery—he was transfixed the beauty of what was before him.

“It’s so beautiful here! This is the right mountain and valley!” said Astghik, approaching from behind.

“We were wondering how to find a good place for the earthly god to be born!” said Tir, the god of literature, science and art.

The gods had been traveling across the world to find a place where the cradle of the first earthly god could rest. They decided that this would be his place of birth and that his name would be Hayk. Vahagn was assigned the task of keeping light and warmth over the cradle and he did so with the sun. They called the place Ararat, and it was so beautiful that even the gods went down and walked among the beautiful landscape.