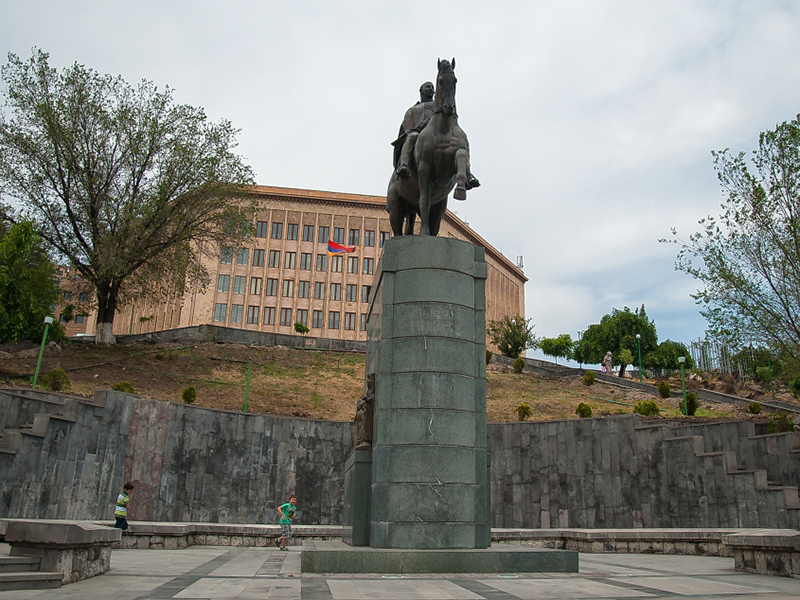 Hovhannes Baghramyan was a great Soviet military leader. He took part in the Civil War and World War I, was a squadron commander and participated in the establishment of Soviet regime in Armenia. Hovhannes Baghramyan received the rank of Marshal of the Soviet Union in 1955. The ashes of the marshal are buried in the Kremlin wall.

The monument to Hovhannes Baghramyan was opened on May 24, 2001 on Bagramyan Avenue, Yerevan, with the assistance of the Ministry of Defense. Marshal is depicted on a battle horse. The sculptor of the monument was Norayr Karaguzian.