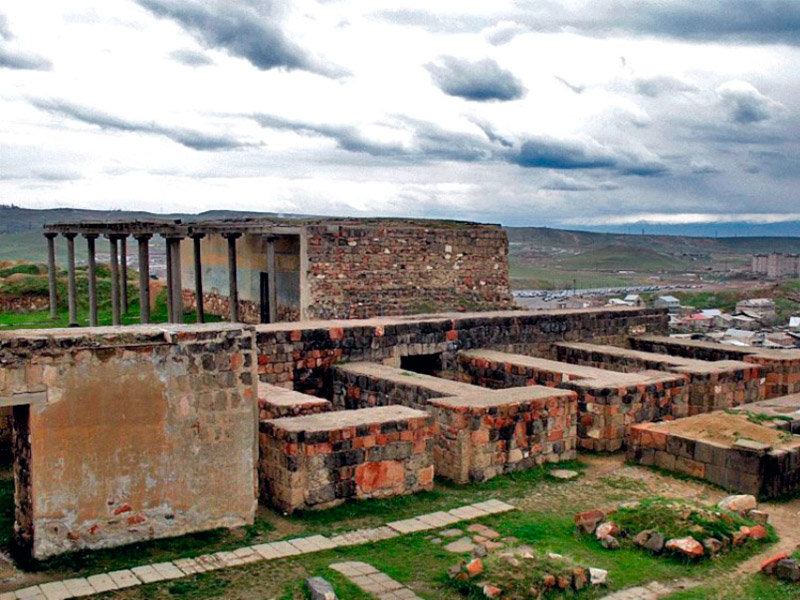 Erebuni fortress town was built in 782 BC, by  Argishti I, the king of Urartu Kingdom. The name of Yerevan is etymologically derived from the name of Erebuni, and the date of foundation of the modern capital is considered to be the date of construction of Erebuni fortress. The ruins of the fortress with the museum are located directly in the city, in the administrative district of Erebuni. According to linguists, the word Erebuni means “victory”, “capture”. According to some experts, it means “the city of freedom”.

At the time, the fortress of Erebuni served as a major military and strategic object of Urartu kingdom, and was a powerful military base to strengthen the country’s position on the northern border in order to prevent the danger of invasion of enemy tribes. On the other hand, Erebuni was the second major economic, political and cultural center of the Urartu Kingdom after the province of Van.

With regard to the architectural structure, Erebuni, like most fortified cities of Urartu, had a simple structure and layout, with no frills. As a rule, the fortresses were built near high invulnerable hills, above which towered powerful citadels. To date, the city buildings surrounding the hill around the fortress have been partially discovered, while the citadel is completely excavated. During the excavations, many buildings were discovered: a palace once richly decorated with wall paintings, a temple to the main god Haldi, dwellings, warehouses and much more. 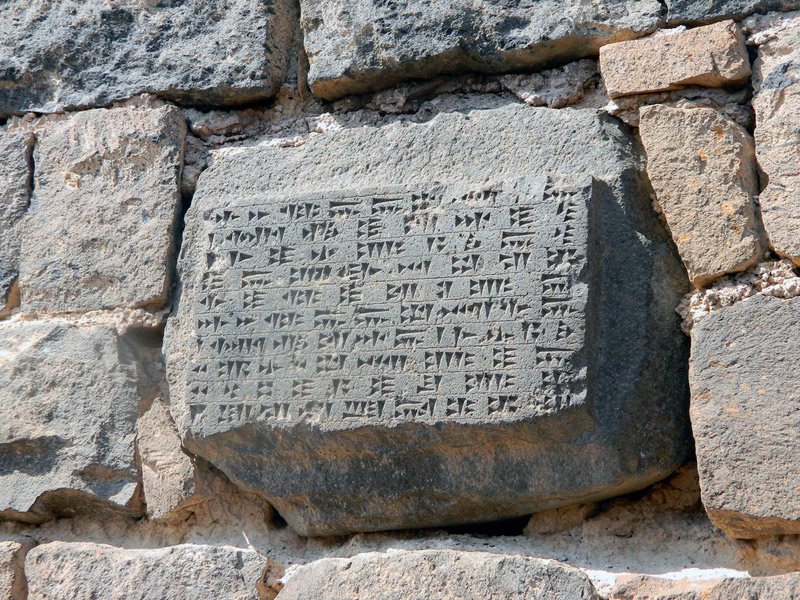 The citadel of Erebuni is built in the form of a triangle on top of the Arin-Berd hill. It has strategically located and protected fortifications with three rows of powerful fortress walls on the south-eastern slope. The Citadel was built with the use of basalt, tufa, wood and raw bricks. From the once powerful fortress walls which were 10-12 m high, only 5-6 m have survived to date, nevertheless they helped to accurately restore the general construction of the fortress city. The largest structure of the citadel is the palace, at the entrance of which adorns the ancient inscription: “In the greatness of the god Haldi, Argishti, the son of Menua, built this impregnable fortress and named it Erebuni.” This and other unique cuneiform inscriptions were found in 1950 during archaeological expeditions.

After the fall of the Kingdom of Urartu, the fortress of Erebuni did not lose its significance and passed into the possession of the Achaemenid Empire, having become one of the administrative centers of the Armenian highland. Despite the numerous raids by foreign invaders, the city of Erebuni has never been completely destroyed, and exists to this day, presenting itself to the world as the past embodiment of Yerevan. The solemn celebration of the 2800th anniversary of Erebuni-Yerevan will be held in 2018, October.

Erebuni Fortress is located 6 km far away from Yerevan, which is a 15-minute drive from the capital. To reach the fortress you can take a train, a taxi, rent a car or join a travel group. You can take a train from "Republic Square" underground station, and then get off in "Sasuntsi Davit" underground station. After, you can take a taxi (it will cost about 1000-1500 AMD ($2-$3)). If you choose to travel by taxi from the center of Yerevan, it will cost about 1500-2000 AMD ($3-$4).